The milestone release is one month ahead of schedule and marks a new era for PCHAIN.

On August 23, PCHAIN released a video for the Testnet 1.0, which showed a throughput of 35K TPS. Since then, the Testnet 1.0 TPS throughput has continued to increase daily. PCHAIN can achieve 10 times higher TPS than traditional projects while reducing communication costs by 143 times. PCHAIN also uses 64 times less CPU and 244 times less memory resources.

PCHAIN is the world’s first native multi-chain system supporting EVM and makes large-scale blockchain applications possible. PCHAIN consists of a main chain and multiple sub-chains. Each sub-chain can be deployed with smart contracts, which does not affect the smart contracts of other chains. The entire PCHAIN is similar to π (Pi) in shape, so it is named PCHAIN.

A virtual machine (VM) is a computer system simulated through software. The simulated system has the complete functionality of hardware systems, but operates in an isolated environment. EVM, or Ethereum virtual machine, is equivalent to a system core or node that transmits instructions to the CPU to shield the underlying operating system.

The smart contract “running” on it can be deployed and operates independently from the underlying hardware and software environment. Transaction processing speeds can increase linearly with the number of sub-chains in a multi-chain system, so the PCHAIN system can achieve 10,000 or higher TPS on a normal machine. 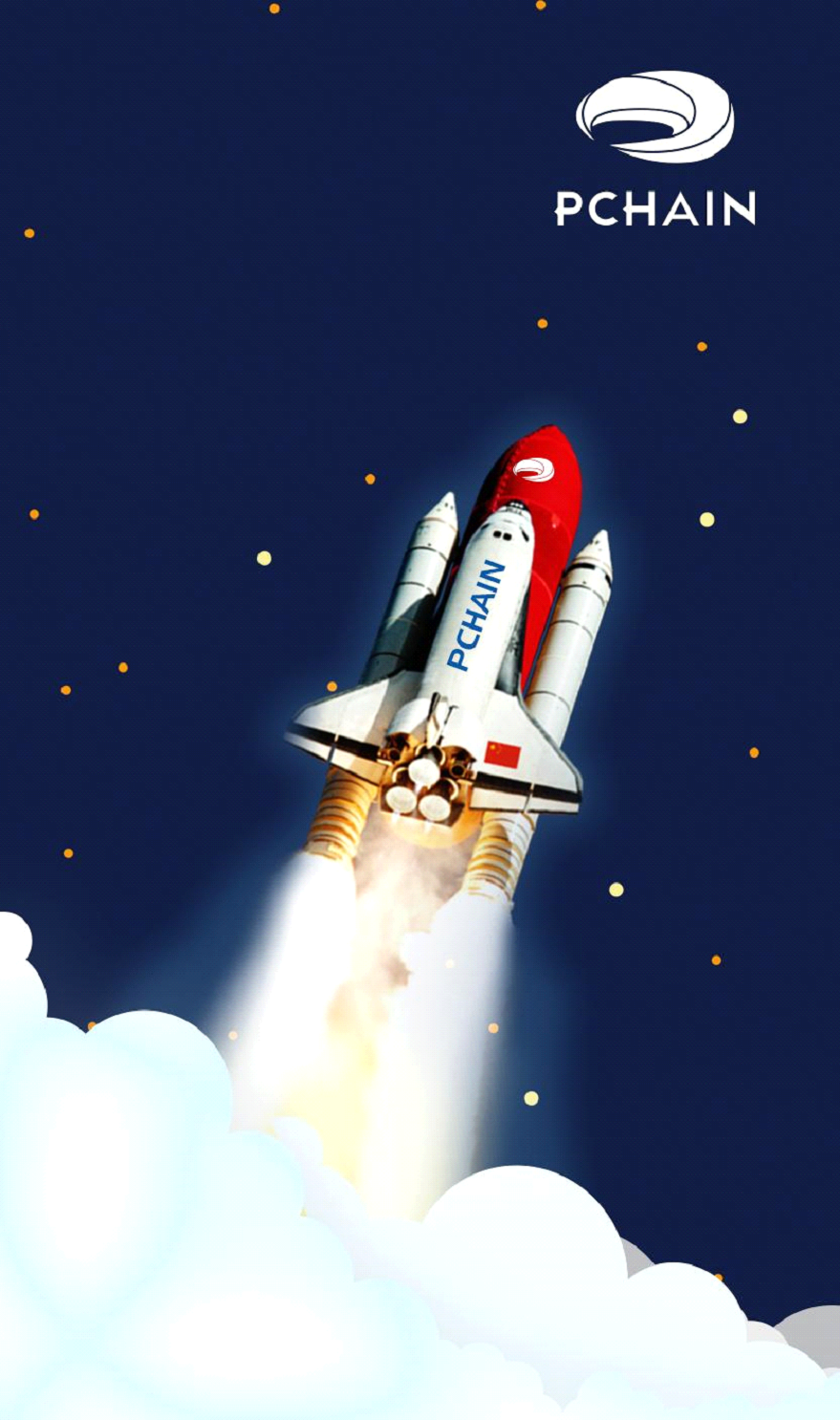 The concept of the PCHAIN-compatible EVM multi-chain protocol is one of the project’s core advantages. The protocol runs smart contracts on sidechain through Solidity and EVM. EVM allows migration from the Ethereum network to existing DApps, enabling users to benefit from the increased versatility that multi-chain systems offer.

Developers can also easily use the same coding language that they are already familiar with to build DApps for PCHAIN.

The multi-chain architecture allows DApps to operate on their own sub-chains, which are completely independent of each other. This structure ensures that overload on one chain does not affect the performance of other chains in the system. Although the sub-chains are separate, they are still able to interact and trade when necessary. 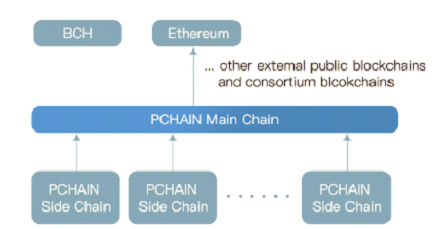 The current public chain still has bottlenecks that lead to insufficient performance, which makes it difficult for the system to support large-scale applications and transactions. PCHAIN works around this by combining technologies such as unique PDBFT consensus algorithms, intelligent data, cross-chain, and multi-chain systems to make large-scale blockchain application possible.

In order to achieve this goal, PCHAIN spares no effort to develop partnerships. At the Testnet live broadcast conference, Dr. Cao Feng, founder of PCHAIN, announced that PCHAIN has become the first main chain partner of the world’s first Junction × Digital Nation Hackathon. The Junction × Digital Nation Hackathon, which is jointly organized by the Digital Renaissance Foundation, Junction, and the Estonian Digital Citizenship Community, will be held in Helsinki, Finland in November.

More than 1,500 senior developers from around the world will compete to build digital countries using blockchain. Dr. Feng will also participate in the competition as a tutor and jointly publish the tasks with the Hackathon’s organizers.

Third-party application developers can quickly access the underlying co-chains, such as PCHAIN, without knowing the blockchain’s underlying technical details, thus completing blockchain’s transformation from an Internet business model to a token economy model.

PCHAIN has also been expanding its network. By the end of August, PCHAIN reached strategic cooperation agreements with nearly 20 partners at home and abroad, including CFLP, CerTik, IEEE Blockchain, Anbi, Qbao, Bodhi, and Dex.top in order to build a secure, stable, and orderly DApp ecosystem together in the future. 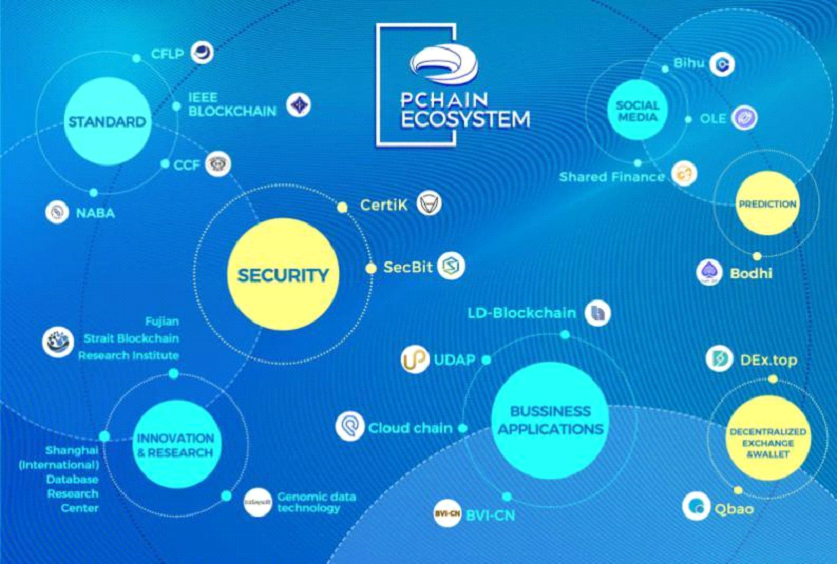 A team’s qualifications and strengths can often build confidence and help guarantee a project’s development. PCHAIN, initiated by a team of well-known industry experts, includes professors from the National Thousand Talents Program, winners of the Singapore Presidential Award, a former IBM Greater China Blockchain Technology Leader, and the Co-Chairman of the Patent Committee. The team published a total of 100 IEEE ACM top papers and international patents.

PCHAIN scientists also helped prepare Technical Details and Practices of Ethereum, which was recommended by Vitalik, the founder of Ethereum.

Dr. Cao Feng is also the first international patent inventor of blockchain in China; the co-founder of ChinaLedger, China’s most influential blockchain alliance; chief scientist of the Blockchain Application Committee of the China Federation of Logistics & Purchasing; and senior researcher of the China Blockchain Research Alliance.

He was the chief scientist of Internet finance at the IBM China Research Institute and the head of the IBM human-machine Project in China. He has won the IBM Global Outstanding Technology Achievement Award three times, published 22 international papers, and acted as the chairman of several ACM IEEE international conferences.

More than 20 global funds have invested in PCHAIN so far. These strategic investors include  Fundamental Labs, FBG, Liaode Capital, China Creation Capital, BlockVC, and LinkVC, which is a strategic partner of the North American Blockchain Association and is highly ranked by multiple foreign blockchain rating agencies.

PCHAIN also won the Silicon Valley Award, “The Most Promising Blockchain Base Platform 2018” and was selected as the best blockchain platform in 2018 by Bitcoinist. 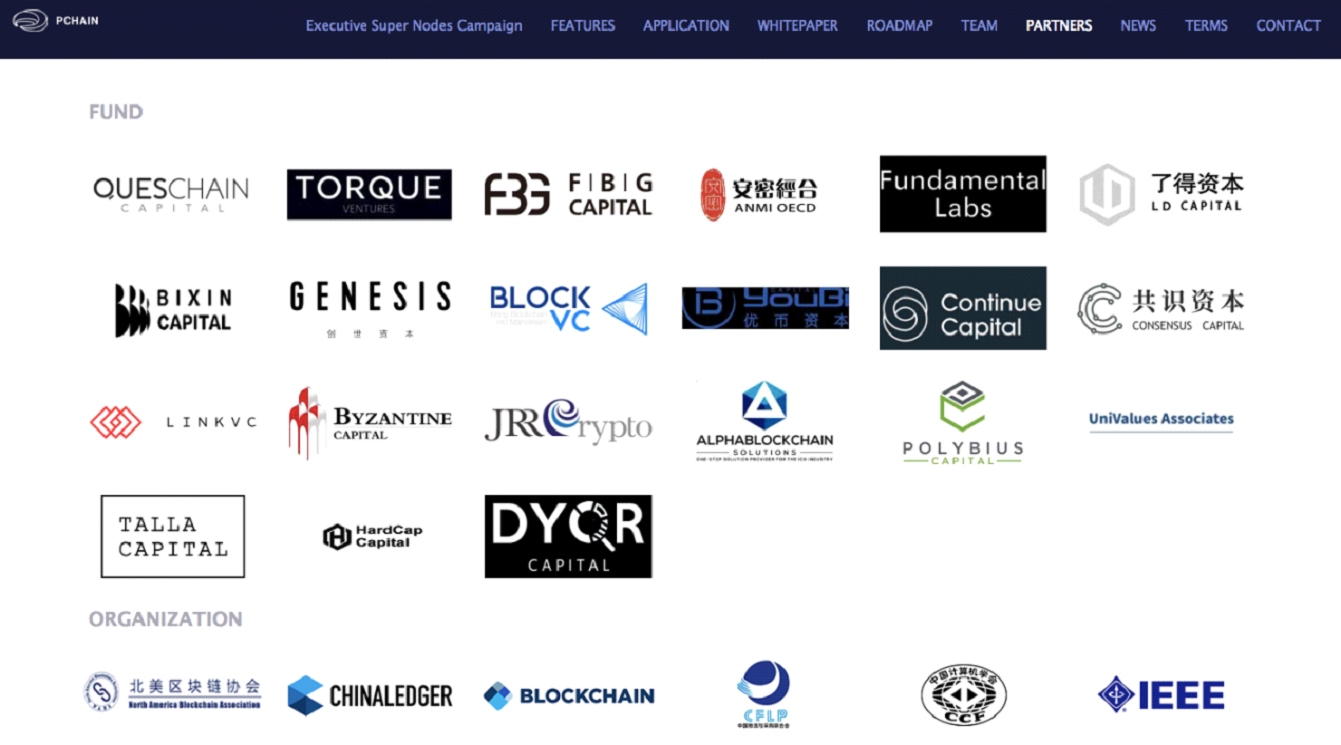 Many DApps projects are beginning to appear and race to move to the chain as quickly as possible. However, the existing contract platforms for main or single chain systems are far from perfect. PCHAIN is a rare, innovation-based, public chain project which has made great improvements on several pre-existing public chains.

The launch of the test network marks the maturity of PCHAIN’s solution. Although the project is ambitious, the PCHAIN team has been working hard and are well-prepared for the future. It is expected that the version 2.0 PCHAIN Testnet will be released in November 2018 and the main network will follow in March 2019.

It is believed that PCHAIN’s technology will help accelerate development in the world of blockchain, making the large-scale application of blockchain possible.