Blockchain fan engagement platform Raiinmaker has partnered with multimedia firm Cosmic Wire to support several climate charities through the creation of six special NFTs. The companies have joined forces to create NFTs based on the work of legendary street artist Banksy, with tokens tied to the iconic remnants of the mysterious creator’s original Spy Booth wall mural.

100% of the royalty streams from the NFTs will go towards supporting three charities actively fighting climate change, namely Laudato Tree, the Coalition for Rainforest Nations (CfRN), and American Forests. Raiinmaker and Cosmic Wire will also be giving away $100,000.

‘Right now it’s critical that we all step up and do our part to help turn the tide at this important moment with climate change. We’re honored to support all the important work of the CfRN, Laudato Tree, and American Forests.’

The Spy Booth Wall Mural, which first appeared in 2014, depicts 50s-era spies listening in on a conversation around a phone booth on the side of a building in Cheltenham, England, near the GCHQ. A critique on government surveillance and wiretaps, the work has been a source of controversy almost from the moment it appeared.

Two years later, the wall was destroyed and the mural was thought to have been lost forever. Luckily, the remaining fragments of the piece have been recovered and now preserved for all time.

‘We at Cosmic are truly excited to reintroduce the world to this amazing piece and preserve it indefinitely for future generations to enjoy. These remnants are all that remain of the work, and now they will be time-capsuled forever in the blockchain.’

Founded by 17-year-old activist Vivienne Harr, The Laudato Tree charity is a youth-powered movement that aims to plant and protect seven million trees while empowering local communities in 11 countries across the African Sahel. The climate change non-profit was inspired by Pope Francis’ encyclical letter Laudato Sì, and was endorsed by the Pope at the Vatican in 2019. Harr says:

‘You don’t need to be big or powerful to change the world. You just need to follow your heart – and stand for what you believe in.’

The Coalition for Rainforest Nations (CfRN), meanwhile, seeks to bring together both developing and industrialized countries to collaborate on reconciling forest stewardship with economic development. The Coalition has been instrumental in stopping deforestation and fulfilling the promise to reduce emissions from tropical rainforests by creating REDD+, which protects 90% of the world’s tropical rainforests.

As for American Forests, President Jad Daley has vowed to match every tree planted along the Great Green Wall in Africa, with a corresponding tree planted in the United States. ‘American Forests is proud to partner with Laudato Tree to reach a bold goal of 100 million trees planted by 2030. American Forests will work with Catholics here in America to match tree planting on the Great Green Wall with planting in the United States, focused on underserved neighborhoods that lack tree cover for protection from extreme heat,’ Daley remarked. ‘In this way, we will together answer Pope Francis’ call to deliver climate justice for our most vulnerable.’

Raiinmaker is launching its token, Coiin, next month and the #GlobalFieldDay Challenge is currently being powered by celebrities, athletes and influencers on the Raiinmaker App available for download now.

The Raiinmaker App aligns incentives and brand goals to generate word-of-mouth and grow fan affinity. By leveraging the power of decentralized identity, brands and creators can better stimulate conversations and drive engagement by adding likes, comments, and views to content. Raiinmaker leverages blockchain to automate fan engagement processes and provides digital rewards at a fraction of the cost of traditional solutions, empowering fans to discover, grow, and earn rewards through social action. 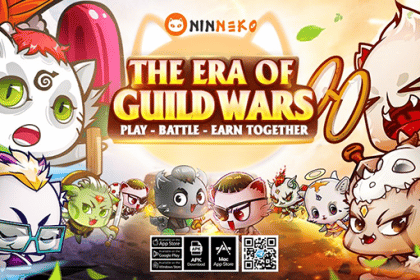 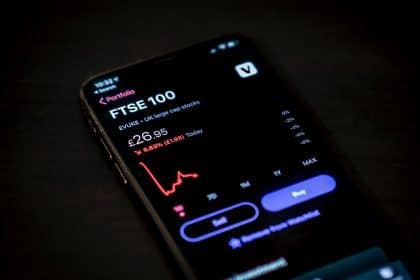 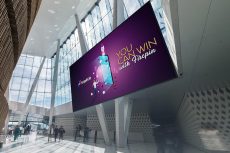