Dmitriy Gurkovskiy, a senior analyst at RoboForex, shares his vision on Ripple’s future trends, thereto explaining obstacles the token faces when it comes to its wider adoption.

Technically, Ripple charts show sentiment changes. The short term trend correction failed to form, and, as a result, the new descending channel is now between $1.0000 and $1.1155. The support is exactly at $1.11.

In case Ripple manages to bounce upwards, the new move towards $1.27-$1.29 may begin. The MACD is showing the bearish sentiment is contracting, but the trend is still there. 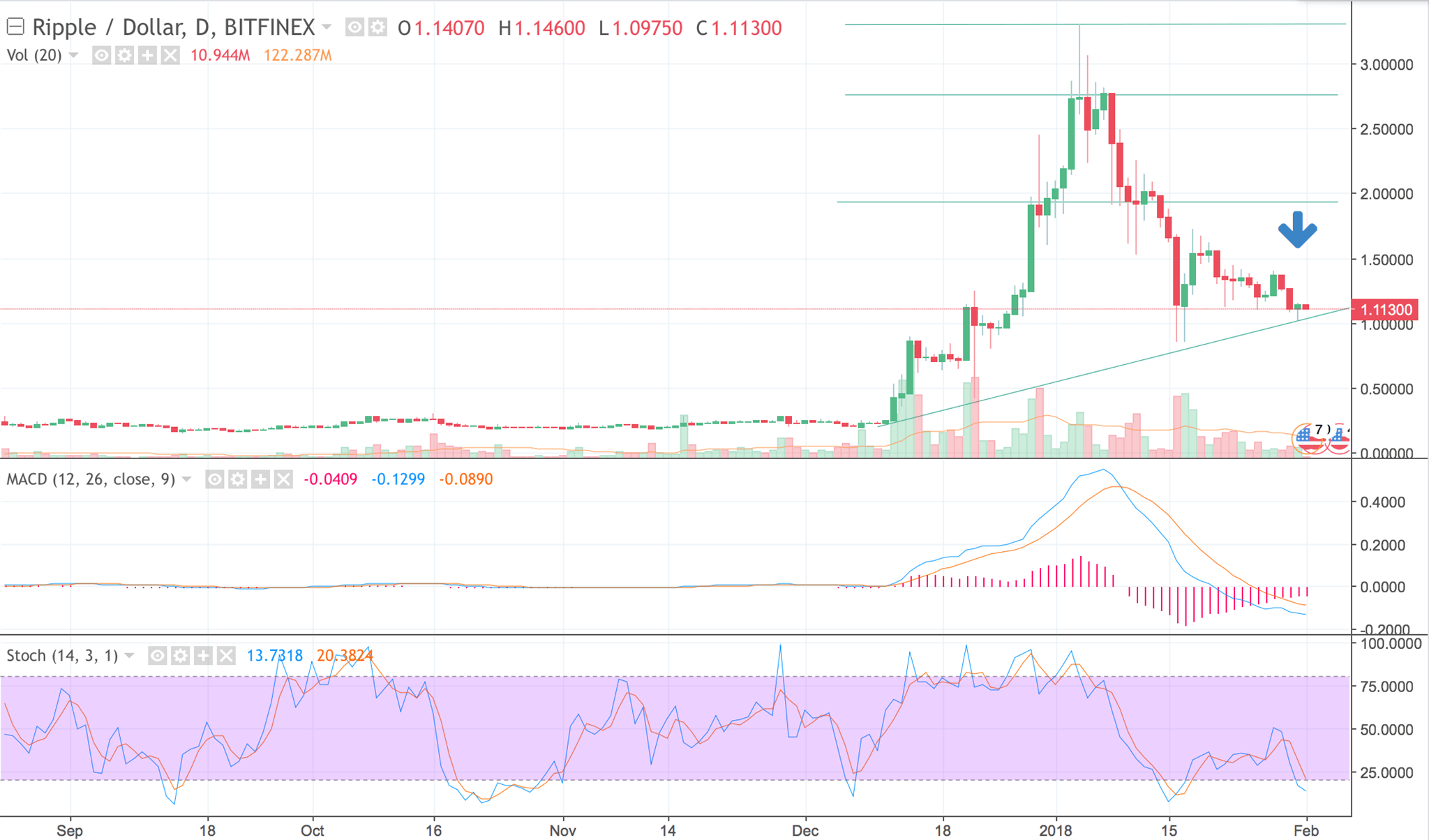 The cryptocurrencies, including Ripple may all start reversing once there is any reason for it, and in this case Ripple may head towards $1.70 after hitting $1.27-$1.29, where a very strong resistance lies.

In theory, Ripple may rise even higher; still, its outlook for the following 12 to 18 months is very unclear, as the investors are still not interested in the existing technology. There is a technological idea behind every digital coin, except, probably, Bitcoin.

Thus, Ripple developers offer a method that enables running overseas transaction faster and cheaper than through banks. The issue is that this system is not transparent, so while it is good for technology, it is bad for the banks.

Large banking structures first saw Ripple as an advanced idea. The banks have been thinking long on re-arranging the existing transaction system, and Ripple showed how it could be done in practice. However, things are not moving ahead, as large funds and banks are not ready to trust Ripple in terms of huge amounts of funds. Besides, some banking establishments affirm the transaction speed could be somewhat higher.

Swift is Ripple’s major competition here; it is very widespead, but quite fragile, as it may become just a leverage for some politicians. Swift is currently used by around 11,000 companies worldwide, and Ripple could win over nearly half of them.

There’s little progress, though, as the banks are just testing Ripple. Only one large Swedish bank and a few more financial institutions are currently fully working through Ripple, although some Hong King and Spanish banks are planning to join soon. The more players from the real banking sector will be using the overseas payment system, the better for Ripple as cryptocurrency.

Since Rosie brings a massive experience with understanding the legalities of currency and financial ecosystem,it will immensely help Ripple in its legal battle with the SEC over the alleged status of XRP as securities.

As the SEC pushes for foreign regulators to join forces against Ripple, the case is likely to take a different stance before the final ruling.