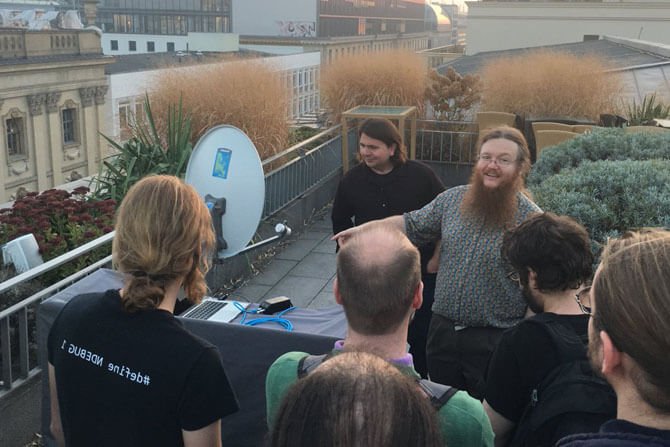 Gregory Maxwell is a very famous name in Blockchain World. First, he is known as a co-founder and Chief Technology Officer of Blockstream. Greg Maxwell, Adam Black, Austin Hill and others based a company that is supposed to give access to Bitcoins for everyone. The main idea is to use Bitcoins without Internet access.

Bitcoin Core is the project that could not exist without Gregory Maxwell. He has been developing it since 2011. Gregory is the one member of the team that assesses cryptographic protocol proposals. Nowadays the main direction of his work is Confidential Transactions. Greg Maxwell originally suggested the way of anonymization of transactions with Bitcoin. The method was named CoinJoin and is known since 2013, but still it has serious problems. The main idea is to make information of transactions invisible for block chain and leave the amounts visible for participants.

We know Greg Maxwell as a developer of free software. He used to work on Mozilla, on Daala video codec to be more exact. He was also one the creators of the Opus audio codec.

Greg Maxwell is a guy who knows why your protocol is not working.

Spectacular scenario centers around Bitcoin Cash hard fork with the two camps engaging in the war of words.

Bitcoin scalability gets a push as Lightning Network, a promising solution which debuted on the Bitcoin mainnet, gains momentum.

In order to offer users with improved confidentiality for their transactions, renowned cryptographers propose for a new scalable privacy tech for Bitcoins.

The proposal is written under the assumption that the signatories to the Consensus 2017 Scaling Agreement are genuinely committed to the terms of the agreement and intend to enact the updates described therein.

A consensus on how to increase the blockchain network capacity has finally been reached, pushing the price of the digital currency to a new record high.

The letter aiming at uniting all bitcoin supporters has been signed by many of the virtual currency developers.

Are Bitcoin Transactions Being Deanonymized?

About 250 fake nodes were created by the Swiss company in order to collect information regarding bitcoin transactions. They say that the nodes are shut down now, but does it make bitcoin privacy more protected?

Bytecoin: Who’s Who of the Cryptocurrency World

Bytecoin is the next generation cryptocurrency and the first virtual currency created with CryptoNote technology.