According to Gregory S Mathew, blockchain expert and professional tech researcher, the United Arab Emirates are the next superpower not only in the global economy, but in blockchain and crypto spheres as well.

Think the United Arab Emirates and what’s the first thing that comes to mind? Enormous shopping centers, extravagant attractions, and an opulent lifestyle are likely the images that come to mind.

The Arab country’s vast oil reserves that transformed its economy from a run-of-the-mill Arab world economy to a global powerhouse of business and wealth. But now, the country is changing gears and warming up to the nascent blockchain technology and its applications.

During Q1 2019, UAE based blockchain-crypto companies raised over $200 million in funds, according to a report by InWara.

Why UAE is Looking Into Blockchain

But why look into blockchain-crypto technology? The answer to that question lies in the applications of blockchain technology that could increase efficiency and transparency in legacy industry sectors like Finance or Healthcare that has been plagued with bureaucratic traditions.

The UAE was incredibly lucky to have cashed-in on the incredible surge in global energy demands by leveraging it’s vast oil reserves but the country is currently going through a rough patch as global crude oil prices plummeted.

On top of this, the rising concerns of the detrimental effect fossil fuels have on climate change, which prompted developed countries to try and replace them with much more cleaner sources of energy like Wind or Solar, has profoundly impacted UAE’s economy.

The country is now trying to revamp its economy by decreasing dependence on fossil fuels and instead empower it by encouraging free trade and boosting business opportunities in other sectors such as technology.

April of 2018, marked the official entry of the United Arab Emirates into the blockchain-crypto space with the government launching its Emirates Blockchain Strategy 2021. According to the announcement, by 2021 a whopping 50% of all government transactions would be made using blockchain network and this move alone is estimated to save around $2.97 billion.

The Emirates Blockchain Strategy 2021 demonstrated the benign attitude of government towards these technologies and this open the floodgates for private companies to take the wheel.

An Initial Coin Offering or an ICO is the new way companies raise funds through crowd sales. An ICO offers several advantages over traditional methods of fundraising like an IPO, for example, the barrier of entry of launching an ICO is extremely low.

Also launching an ICO is not a time or capital intensive process as opposed to the traditional IPO method. These advantages meant that within a short period of time the number of ICOs skyrocketed. For example, in 2018 over 4000 ICO projects were launched the world over.

Despite the ICO method gaining incredible popularity the world over, the number of ICOs from the Arab country of UAE was significantly less. But this rhetoric is changing in 2019. 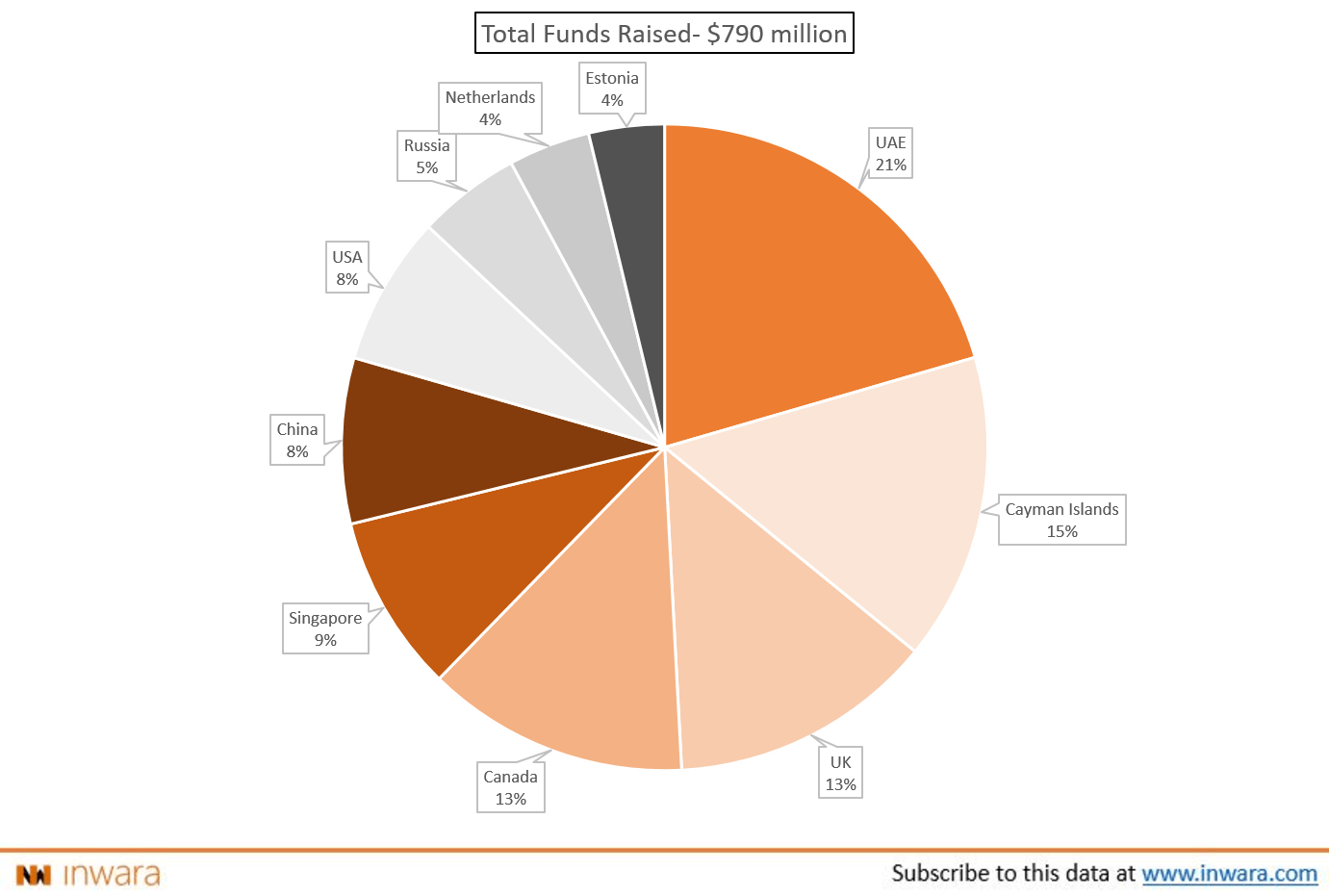 Globally during Q1 2019, as much as $790 million were raised by companies through ICO. Out of which, UAE based companies accounted for a staggering $142 million, which or approximately 21%.

A Security Token Offering or an STO is very similar to an ICO in the sense that investors are issued crypto tokens that represent their investment. But unlike an ICO, a security token represents is an investment vehicle between stakeholders and the company.

STOs are unique because it ensures enhanced compliance with regulatory norms, which has garnered STOs a great deal of attention from investors and entrepreneurs alike. Compliance ensures companies run a low-risk of getting shut down by regulatory, while at the same time protecting investors from fraudulent actors. 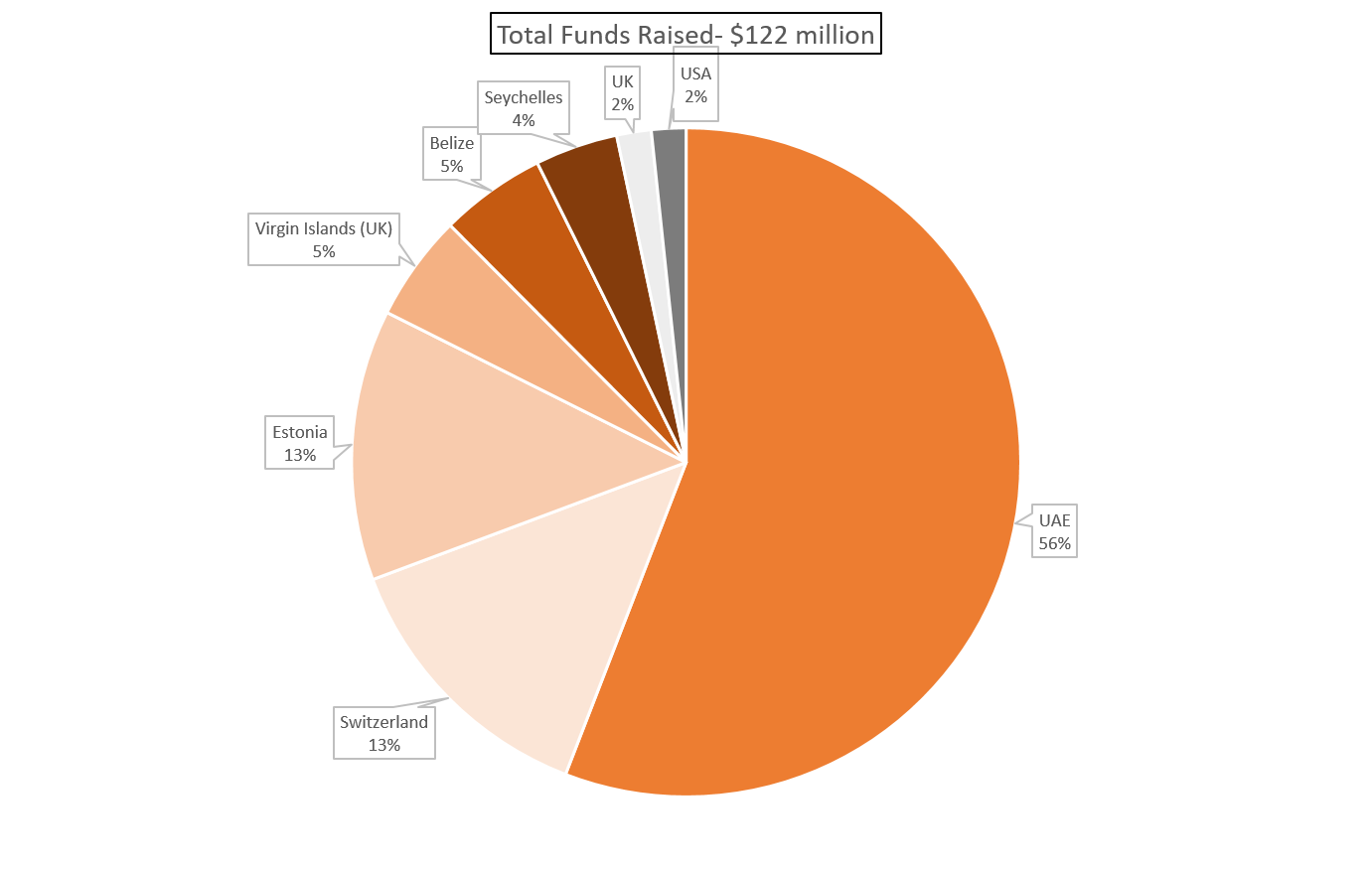 The UAE emerged as the global leader in funds raised by STOs as well. Companies based out of UAE attracted a whopping $67 million in funds through security token offerings, which accounts for almost 55% of the total funds raised.

These stellar performances of UAE companies in both the ICO and STO realm during the first quarter of 2019 could be a harbinger of the rise of the Arab country to the ranks of becoming a global superpower.