The newly formed DIG Foundation’s first philanthropic venture is #WeAreUkraine, an exclusive NFT collection to benefit Ukraine, launched in partnership with leading international charities Save the Children and Women for Women International.

Established by Dubai’s Decentralised Investment Group (DIG), a multinational blockchain technology conglomerate making impactful changes through blockchain technology, the DIG Foundation is a charitable non-profit empowering women and young girls by providing them with cutting edge STEM education, so they may thrive in a growing digital economy.

For its first charitable venture, DIG Foundation has partnered with Ukrainian celebrity and champion of change Jamala, to create the exclusive NFT collection #WeAreUkraine. A singer and songwriter who rose to international stardom following her win of the 2016 Eurovision contest, Jamala will assume the role of campaign ambassador.

This charitable generative NFT collection of 14,850 NFTs – unique digital collectibles – will be available for purchase starting Wednesday, August 10 for 6 months, viewable on OpenSea. The collection features artist renditions of the most famous monuments and landmarks from Ukrainian cities. Three additional NFTs – video recordings of Jamala singing three Ukranian folk songs – will later be airdropped to random NFT holders, as a reward.

Seventy per cent of all proceeds raised will be equally distributed between two international charities partnering with the DIG Foundation: Save the Children and Women for Women International, with the remaining 30 per cent allocated for operating costs.

Full-scale war was launched on Ukraine on February 24, 2022, and since the invasion, over 7.1 million people have been internally displaced, according to the International Organisation for Migration. UNHCR reports that more than 5.9 million refugees have fled the country, mostly women and children. Destruction of infrastructure has been widespread, with several Ukrainian landmarks damaged, including the Kyiv TV Tower, Karazin Kharkiv National University and Antonov International Airport.

Haydn Snape, DIG’s CEO and Managing Global Partner, has been eager to get DIG Foundation off the ground and involved in charitable products that can make a lasting impact. Snape says:

“Blockchain technology can be used to make a difference, and to help those in need. DIG invests in products and projects that instil the values of decentralisation, financial independence and individual liberty, and our Foundation will use these ideals to empower women and children to become the next generation of innovative Web3 leaders.”

Proceeds from the sale of the #WeAreUkraine NFT collection will help Save the Children continue working alongside local partners distributing food, water, hygiene items, psychosocial support and cash assistance to children and their families in dire need in Ukraine and the surrounding region. Save the Children is also establishing safe spaces for children where possible.

Ettore Rossetti, Head of Digital, Marketing, Innovation Partnerships & Web3 at Save the Children, says Save the Children have been supporting children and families in Ukraine since 2014 – almost as long as the organisation has accepted cryptocurrency donations. The global humanitarian organisation was the world’s first INGO to accept a bitcoin donation in 2013, in response to Typhoon Haiyan that devastated the Philippines.

“Crypto donations are strengthening Save the Children’s work supporting children and their families impacted by the Ukraine crisis, and have enabled truly borderless giving. This is not only decentralising finance, but philanthropy as well. Millions of children risk displacement, family separation, trauma and interruption of their education. By donating crypto to Save the Children, you hold on for dear life – or  ‘HODL’ – and hold hope for kids. Crypto donations and proceeds from NFT projects have become alternative funding streams for global emergencies we respond to like the conflict in Ukraine.”

“Women often bear the brunt of war and conflict, and DIG Foundation’s donation will help us address their urgent needs. Through our Conflict Response Fund, we are providing critical psychological support, legal counsel and training so that women can better support themselves and their families – whether they are displaced in Ukraine or taking refuge in Poland, and helping women survivors who have faced unimaginable loss and trauma to rebuild their lives and find a way to move forward.”

Jamala, who received an award by the Atlantic Council for “Distinguished Artistic Leadership” this year, says she will do everything she can to raise awareness about her country’s hardship and her people’s plight. In her words:

“I am proud to support this campaign and to raise awareness about it and my homeland. I will do everything in my power to spread the word about this unprovoked war that has claimed the lives of tens of thousands of Ukrainians already.”

The campaign is also being backed by Miss Ukraine Universe Bogdana Nazarova – a model and TV host who currently holds the Miss Miami US Nation title. 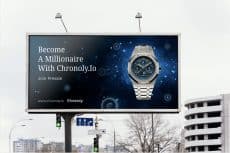