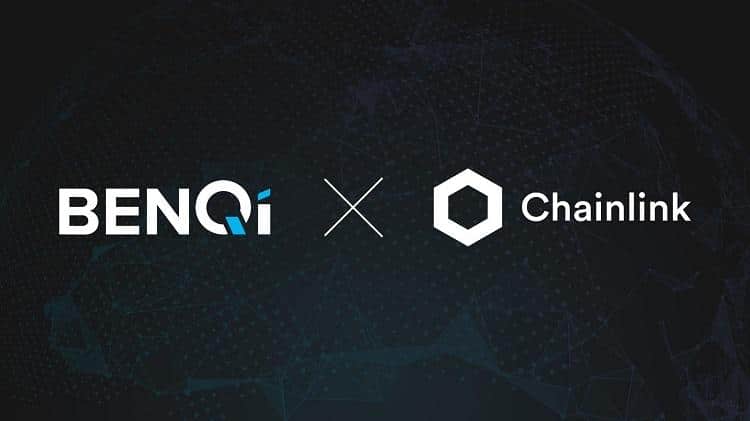 Using secure oracles is a key component for creating secure lending protocols, which rely on external price sources to determine collateralization rates and liquidation conditions. Relying on single source oracles, however, exposes these protocols to manipulation and exploits relying on flash loans, an instant and unlimited loan. The large pool of funds can be used by malicious actors to instantly change the price of key asset, for example a stablecoin, and conduct operations that would drain funds from the protocol due to a broken assumption.

Protocols such as Compound, Warp Finance and others all suffered unjustified losses of funds due to faulty oracle readings. For example, Compound’s oracle believed that DAI was worth $1.4 during a flash crash in November 2020, because DAI briefly traded at this price on both Coinbase and Uniswap, the two exchanges used by Compound’s oracle. This resulted in more than $50 million in unfair liquidations.

Using Chainlink’s Price Feeds enables BENQI to resist any price manipulation, be it natural or artificial. The initial price feeds to be consumed include AVAX/USD, LINK/USD, ETH/USD, wBTC/USD, USDT/USD and DAI/USD, with more expected to be added later on thanks to Chainlink’s flexible framework.

Chainlink’s Price Feeds are aggregated from hundreds of sources and reviewed by Chainlink Nodes, which ensure that the average reading is not affected by significant outliers. Thanks to Chainlink Price Feeds sourcing data on all available liquidity in the cryptocurrency ecosystem, conducting a market manipulation attack on the BENQI protocol would be prohibitively expensive, requiring to break the entirety of the crypto market first.

“Price oracles are one of the most often overlooked yet extremely important elements within decentralized protocols. After internal research and discussions, we decided to go with the industry standard oracle network, which is already securing billions of dollars within decentralized financial applications alone. Having Chainlink secure our price feeds, we have an added confidence in the security and health of our protocol.”

The Chainlink integration aligns with BENQI’s vision of building open and regulatory compliant decentralized financial applications on Avalanche and future Avalanche subnets. Additionally, given the rapid growth of the Chainlink Network and its very liquid presence in the smart contract economy, LINK will be one of the first few pools open at the launch of the BENQI protocol.

Built on Avalanche’s highly scalable network, BENQI’s vision of bridging decentralized finance (DeFi) and institutional networks starts by launching BENQI on the Avalanche C-Chain. Through BENQI, Avalanche users will be able to earn interest on their assets, obtain credit through over-collateralized loans and earn QI governance tokens as rewards for providing liquidity on the protocol and Pangolin.