Binance is taking a hard and detailed look at 30 different cryptocurrencies for possible inclusion on its upcoming US-based exchange. This is welcome news for users in the U.S.

The world’s largest cryptocurrency exchange by trading volume, Binance, announced they are adding 30 potential cryptocurrencies and digital assets to their imminent U.S. subsidiary.

As per their blog post , Binance US, dubbed a “tailor-made platform to access cryptocurrencies in the United States” embraced, what they called, a Digital Asset Risk Assessment Framework in order to meet U.S. obedience requirements.

This decision came in June, just after this Malta-based exchange decided not to give U.S citizens access to their primary trading platform after all. Just for reminder, a day before, they had announced that they became partners with BAM Trading Services to formally enter the U.S. market. The exchange’s US unit recently hired Catherine Coley, former chief of XRP institutional liquidity at Ripple, as their new CEO.

“Binance US strives to be a reliable and efficient marketplace for a rich selection of high-quality digital assets, so that our users can be part of the open and competitive market that discovers projects with true utility.” 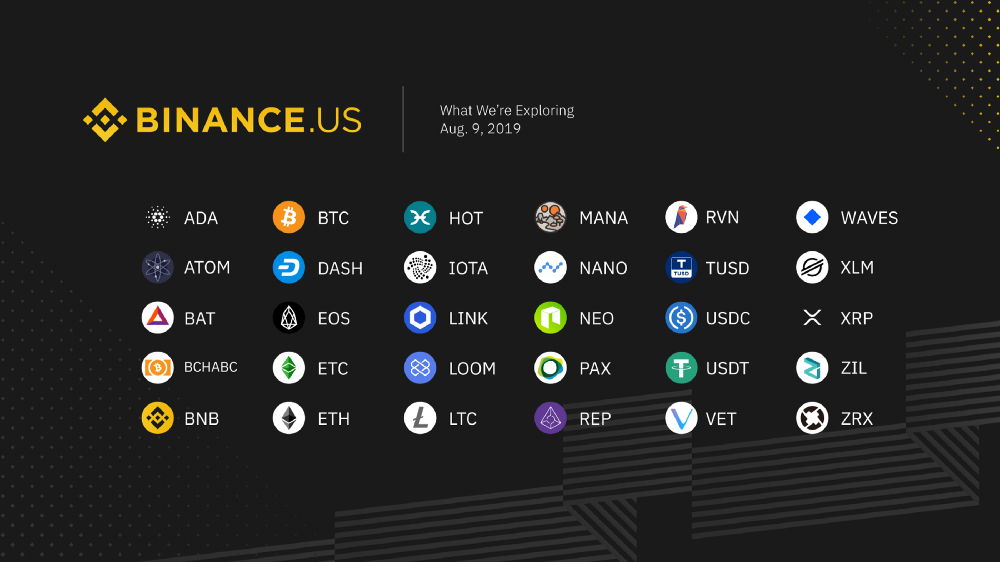 However, from the company, they said that crypto trading primaries, such as Bitcoin and Ethereum, are still being assessed in order to be sure it meets their listing criteria for Binance US. However, that probably doesn’t mean a thing if we are aware that the same goes even for their own token – BNB.

This “legal anxiety” is mostly due to the happenings last few months and raising opinions that U.S. regulators might be taking in Bitcoin and other cryptocurrencies following Facebook announcing of their Libra.

Also, we should all take the SEC’s opinion seriously. After they waged several high-profile civil enforcement actions against various crypto startups over presumed law violations, SEC pretty much showed up it’s ready has to “kill” anyone deluding tokens that regulators consider securities.

As per statements that SEC Chairman Jay Clayton and Director William Hinman recently gave, all cryptocurrencies, except for Bitcoin and (maybe, but they are still not sure) Ethereum, are considered securities and treated as such.

After that, crypto market suffered a great cooling but it seems this period is over now. The truth is that this move from Binance shows that they are at least thinking about listing some tokens even though they might be considered securities. Assets as Ripple’s XRP and NANO, are still between several lawsuits from investors that are claiming exactly that.

It seems that Binance is looking up to Coinbase, the leading crypto exchange in the U.S., that since the end of last year, has been listing a lot of new assets, probably waiting for Binance’s American swoop – including some tokens whose regulatory statuses are pretty much similar.

To be honest, it’s obvious that competition on who has most to offer to the crypto-lovin is on.

There will be more and more tokens for trading even though lots of projects are still worrying that prosecution from the SEC might be approaching.

There are many cryptocurrencies that are undervalued but still great buys because of the strong fundamentals they possess. There can be many reasons for a coin to remain undervalued including low marketing budgets, lack of partnerships, neglect from whales due to low growth during the early phase, and many more. However, veteran cryptocurrency investors are […]

This is not the first time hackers will be moving or attempting to move funds through Tornado Cash. The crypto mixer gained popularity for being the go-to exchange for hackers who want to move their loot.