On Thursday, November 28th, the restoration of the BTC has halted. It is generally trading at $7443.20.

On W1, the Bitcoin keeps developing an impulse of decline inside the renewed channel. It seems that the market participants are playing the last quick growth balancing the price. Perhaps the new ascending impulse coming soon will not be as large, however, before that we will see the renewal of the minimum. The current bearish behavior of the price is aimed at 76.0% ($5753.00) Fibo. However, the main goal of the decline is the key minimum of $3121.90.

On the MACD and Stochastic, the MACD histogram remains in the red area, while the second indicator has formed a Black Cross in the overbought area. These signals together mean the bearish predominance in the market. 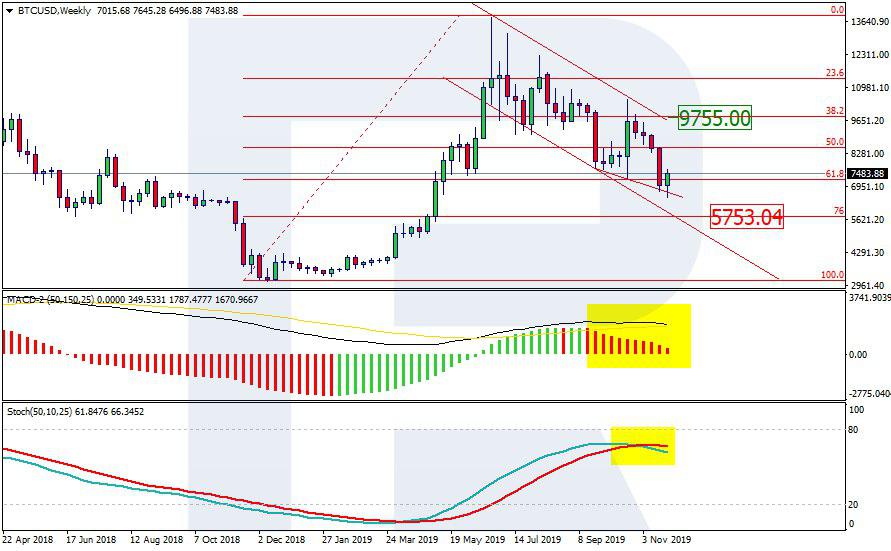 On D1, the picture of the descending impulse in the actualized channel is more explicit. On the MACD, regardless of the previous convergence, the red area is developing, while the lines have entered the negative area. The overall mood indicates that the price is aiming at $5753.00 with the local hindrance at a minimum of $7302.00. The resistance remains near $9755.00. 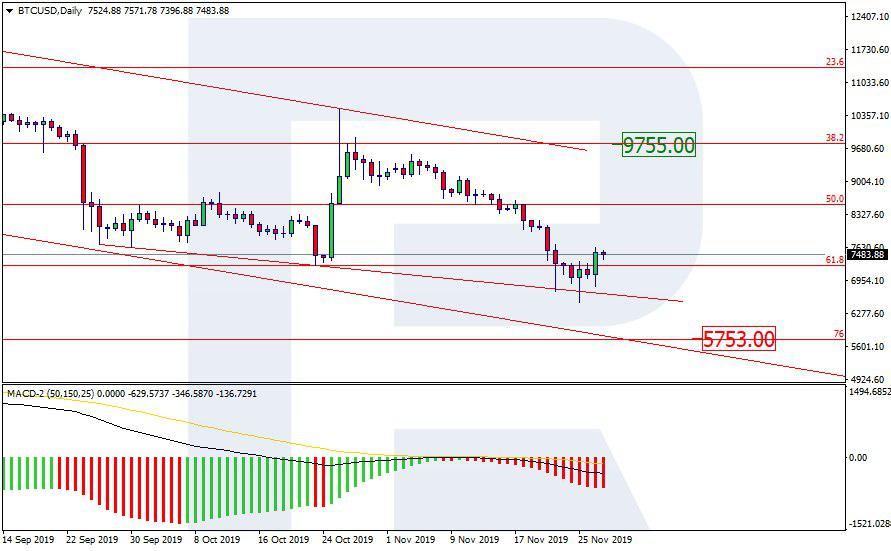 On H4, the short-term descending channel can be seen in detail. The closest aim of the decline after the pullback is on the support line at $6508.00. However, some attention should be paid to the Stochastic that remains in the oversold area. On the one hand, it means the stability of the current trend, on the other — suggests the possibility of its reversal at any moment. The initial signal for the change should be a Gold Cross on the indicator, followed by price growth, while the oscillator lines will become fixing, confirming the reversal. A breakaway of the local resistance line near $8370.00 will open a pathway to the resistance line of the short-term channel. 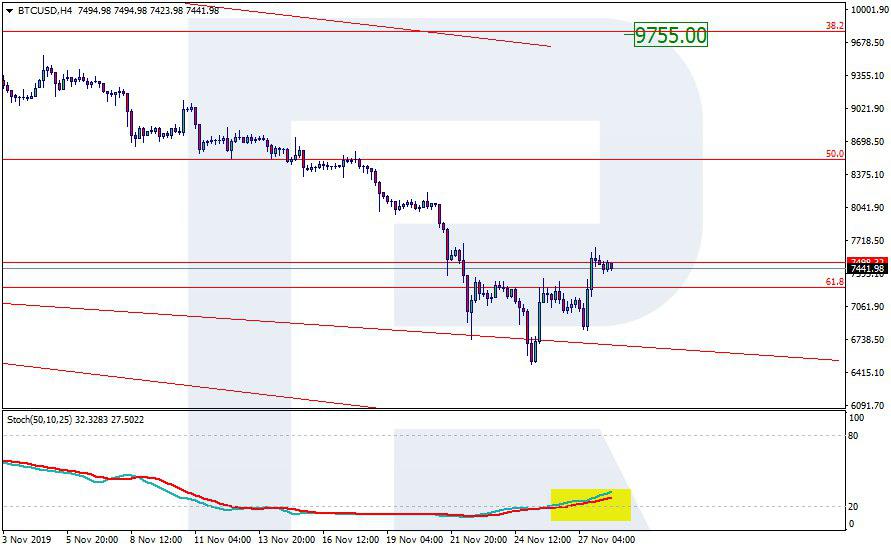 Several Simon Malls shops in California, Florida, and Georgia, USA have installed terminals selling cryptocurrency. The Bitstop company that promotes actively simplified ways of buying digital money, has made this step forward, planning to have increased the number of cryptomats in the network to 500 pieces by the end of 2020.

It is known that the average bill in such a terminal is $160. People buy crypto via terminals both for savings and for future use.

The step in the direction of retail sales shops looks logical: during the holiday season the interest to such purchases may increase significantly.

The Bakkt CEO Adam White thinks that the BTC may become a successful asset only if it is actively used by real people in real life. People should use the cryptocurrency for solving real problems, he says, only this will give it a foothold for long-term development. White’s attitude to stablecoins is neutral, he thinks that their functionality is just developing and prefers watching them but not interfere. At the same time, the Bakkt platform itself works actively on creating new offers via its special branch; such offers may be a good influence on the BTC.