By Thursday, January 16th, the bursting growth of the BTC has stopped, though all impulses are in force. The cryptocurrency is generally trading at $8695.00.

On W1 of the Bitcoin, there begin ascending dynamics after a breakout of the resistance line of the 6-months descending channel. It is too early to say this impulse can renew the high. First of all, we should consider a move to the long-term resistance line at $11500.00. All said above, the Stochastic and MACD are looking down, which may mean that there is still a potential for a decline. The aims of the decline remain the same: 76.0% ($5700.00) Fibo and the fractal minimum $3121.90. 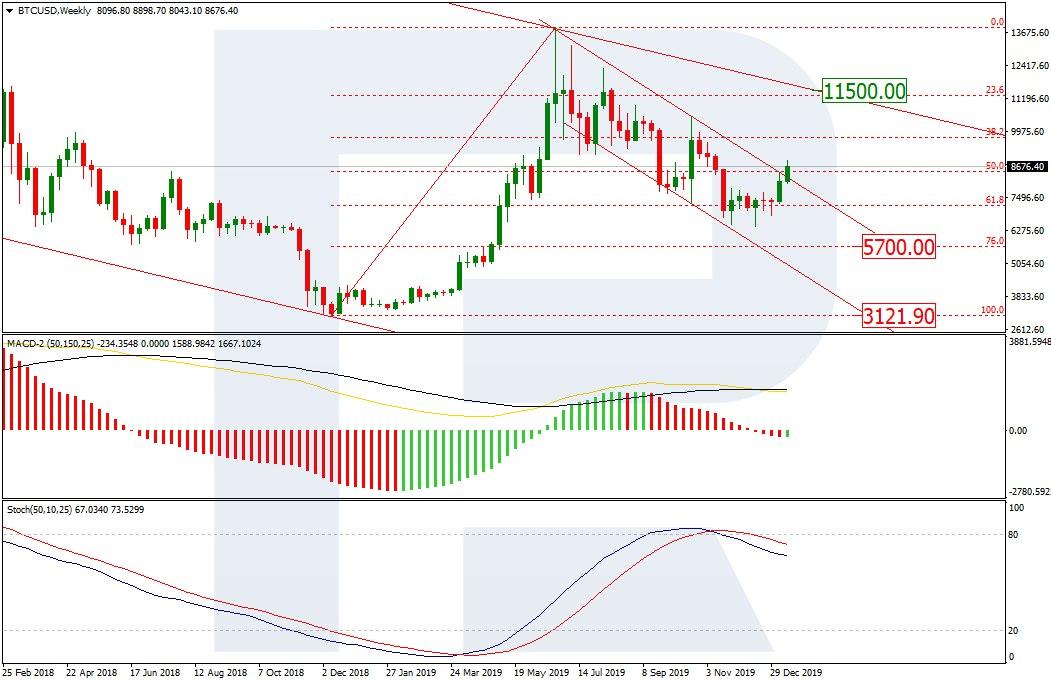 On D1, BTC/USD has broken the resistance line, both of the mid-term channel and the short-term channel of growth. This means speeding-up of the ascending dynamics. 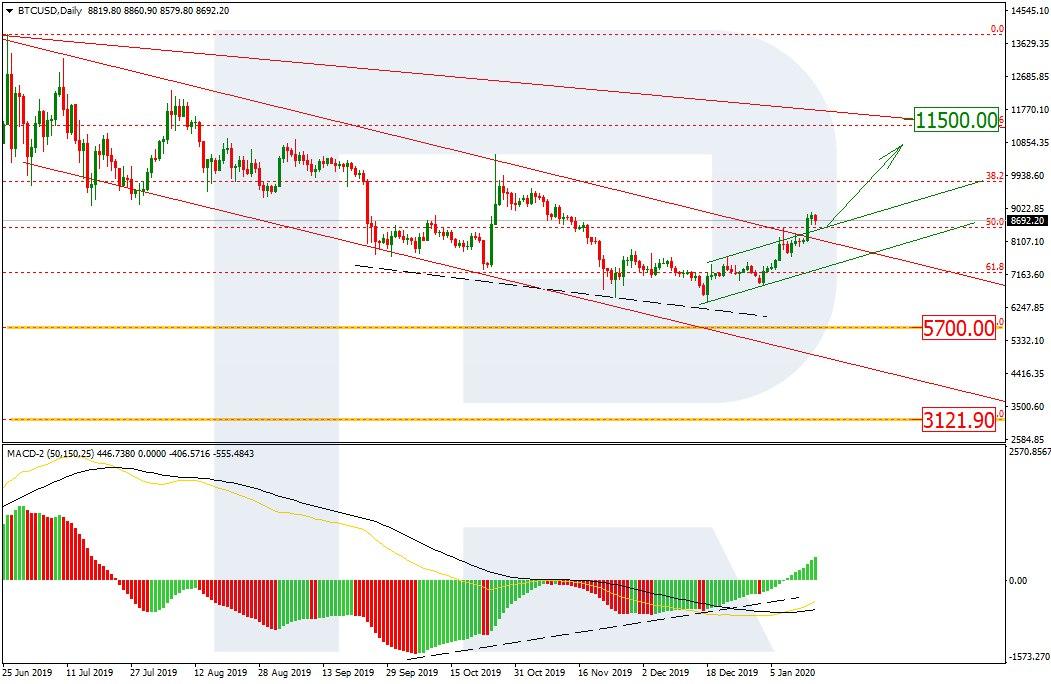 On H4, there is a correctional phase after declining. The nearest aim is at 38.2% ($9266.00) Fibo. At the same time, there is a divergence forming on the Stochastic. So, we may suppose that upon reaching the target level, there begins a pullback to the local support $8182.30. 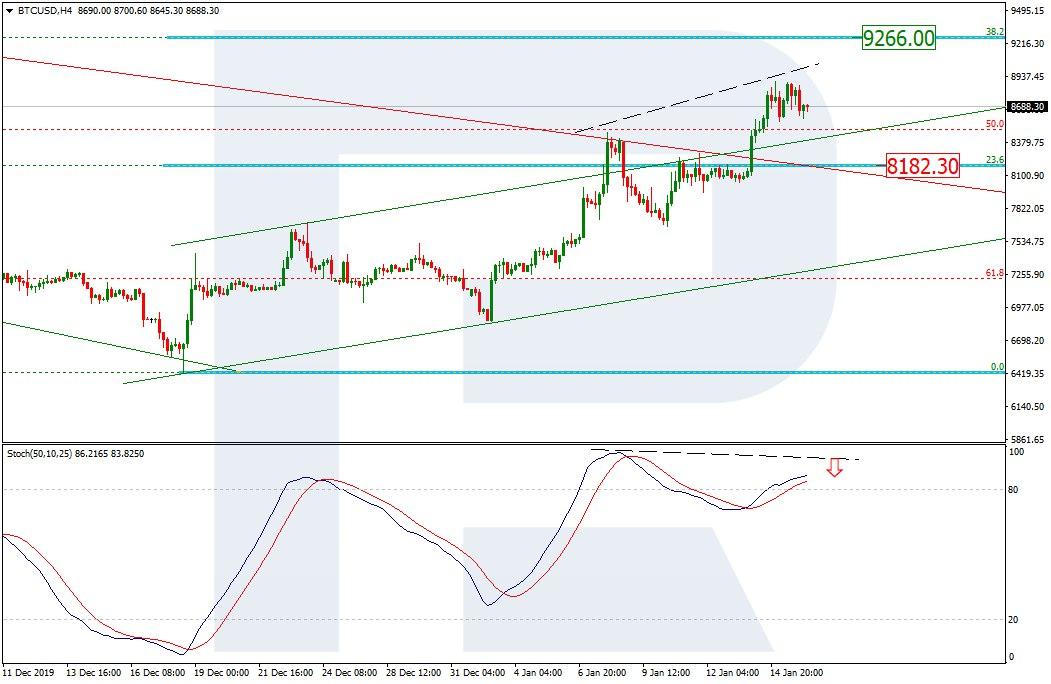 Bitwise Asset Management called back its application for launching the BTC ETF from the SEC. In the notification, it is said that the company is planning to focus on the interests of its investors and society. Anyway, Bitwise is said to be applying later again.

In the company, they used to talk about their plans to clear up the Bitcoin ETF idea for SEC. The result of their diligent work has become more than 500 pages of documents and several meetings with SEC representatives.

SEC is still considering the applications from Wilshre Phoenix and NYSE Arca.

January 13th, the Chicago exchange CME Group started trading the BTC options. The main asset is a futures contract on the BTC launched two years ago. It contains 5 BTC and goes through the clearing on the platform to reduce the risks of the counterparts.

On the market, they say that it is popular: earlier, a similar product was traded on the Derdit exchange.

This year, derivatives are introduced quickly. For example, the FTX platform launched trading BTC options, and, as they say on the platform, in the first two hours of the trades, the volume reached $1 million.