BTC rate has stopped falling on Thursday, December 5th. The instrument is generally trading at 7331.00 USD.

On the MACD and Stochastic, the MACD histogram remains in the red area, while the second indicator, after forming a Black Cross, is trying to leave the “overbought area”. These signals together mean the predominance and stability of the current tendency in the market. 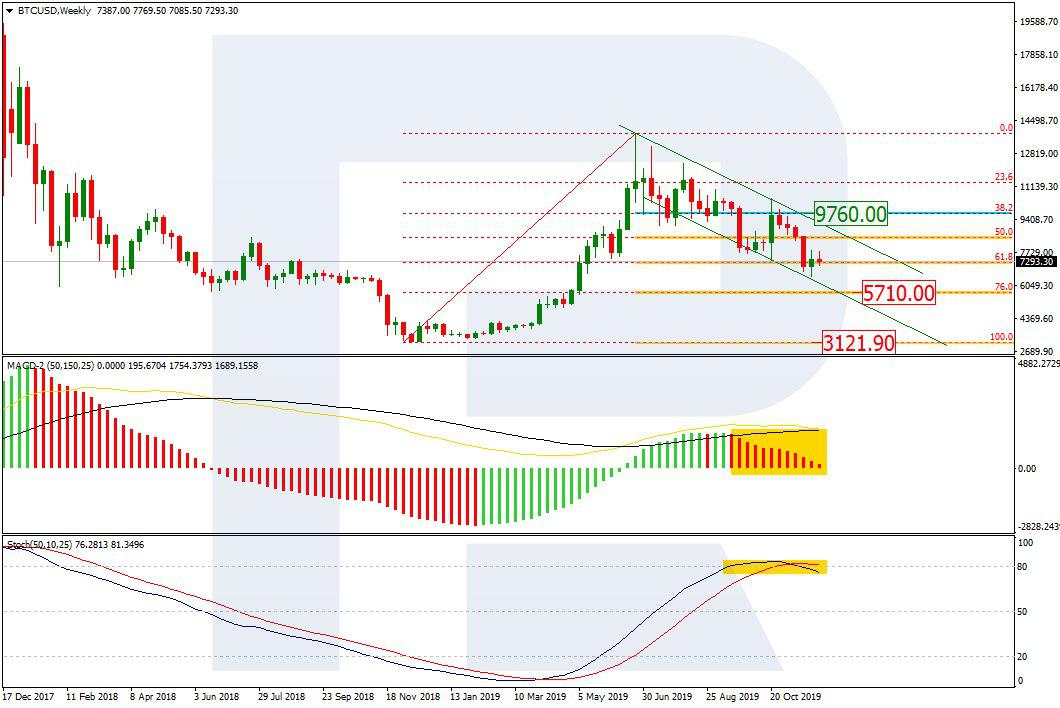 On D1, BTCUSD is correcting upwards. Possibly, it’s just the beginning of the growth after the convergence on MACD, but right now this growth should be considered only as a correction to the upside, which has already reached 23.6%. Later, it may continue towards 38.2% and 50.0% fibo at $8065.00 and $8528.00 respectively. After breaking the low at $6525.00, the instrument may continue falling. 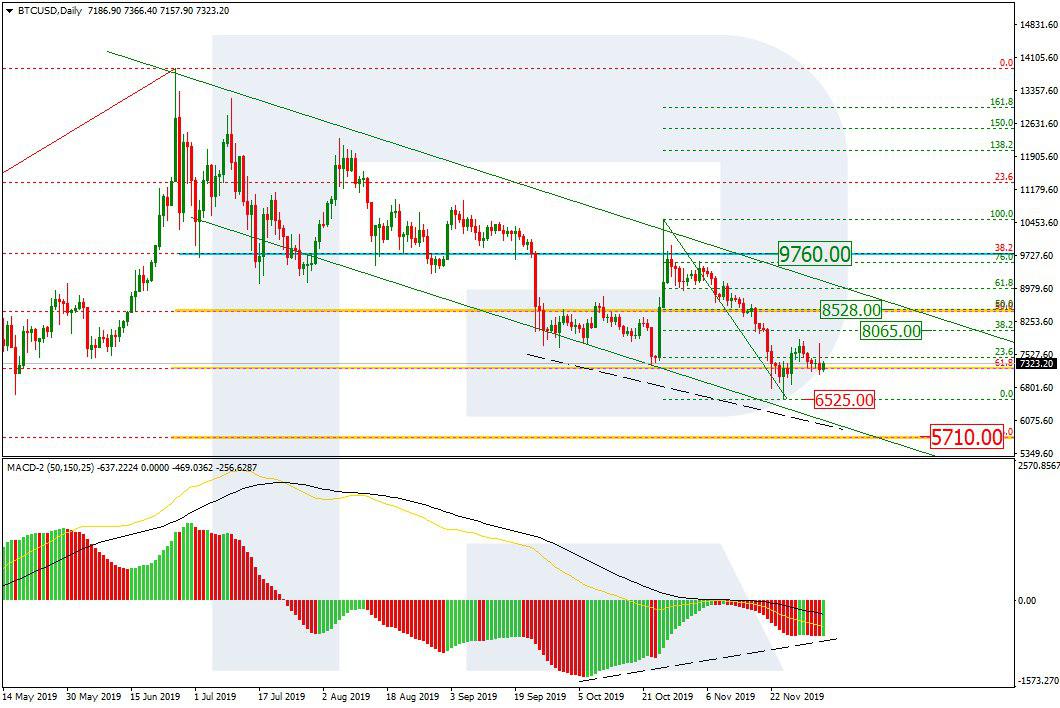 On H4, the pair is forming a short-term descending channel to correct the previous rising wave. The price is moving inside the channel between the support at the resistance at $7077.00 and $7730.00 respectively. Breakout of the upside border will finish the local correction and indicate further growth. Another signal to confirm the “ascending tendency” scenario is a possible formation of a Golden Cross on the Stochastic above 50. 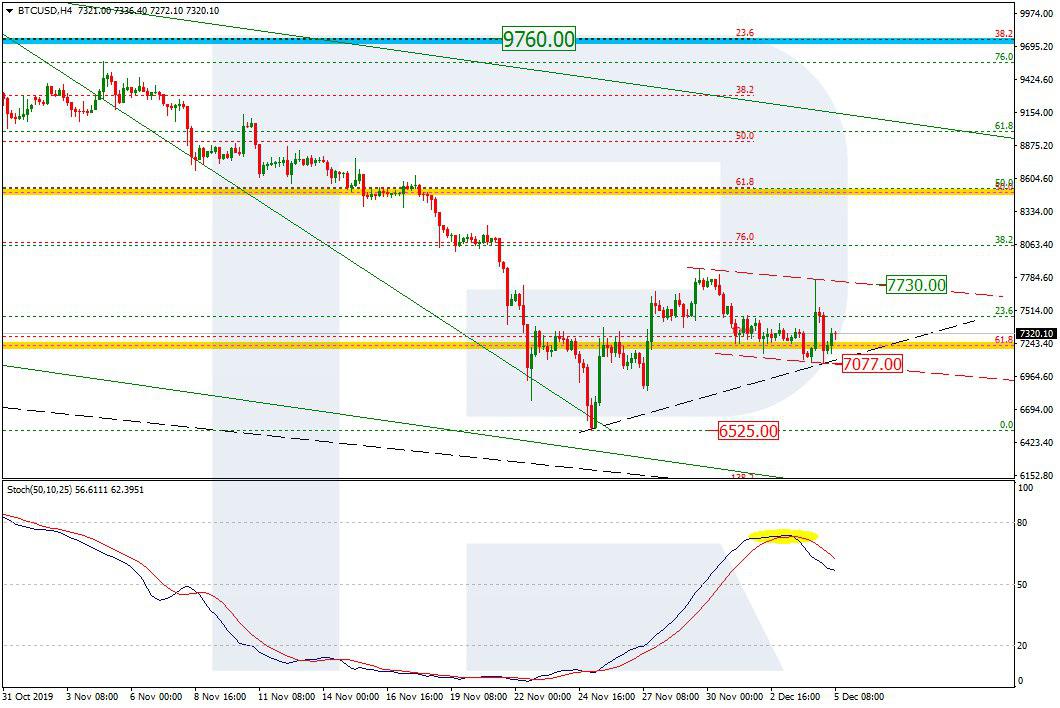 Recently, the word got round that Bitcoins worth 313 million USD were withdrawn through Bittrex, it’s about 43,000 coins. The cryptocurrency was transferred to an unknown wallet, but users say that such transfer looks pretty much like a fraud scheme involving unauthorized access to the exchange.

Another argument to confirm this theory is the fact that the wallet where the cryptocurrency was transferred to was created very recently and had only one transaction. Bittrex hasn’t commented on this, although the transfer amount is nearly one-third of the total cryptocurrency reserve it possesses.

The Swiss exchange SIX launched Bitcoin-ETP. To start trading a new derivative, users must acquire WBTC and then they will gain the right to own a coin. The asset will be stored in the WisdomTree funds, which works with this instrument. It is known that the nominal quote value of one WBTC will be 0.95% of the BTC price.

Like they say on the exchange, Bitcoin is not a temporary tendency, but a constant object of the market interest, that’s why the introduction of a BTC derivative is a good and promising move.

It’s not the first BTC derivative that is listed on the cryptocurrency exchange. It is already trading ETP from Amun based on several cryptocurrencies and these instruments are in demand for creating investment portfolios. Since the exchange expands the list of instruments, it means that demand for such offers is pretty much noticeable.

Block, MicroStrategy, and Coinbase experienced drawdowns alongside traditional markets even as crypto prices experienced a rise on Monday.

It isn’t only SCB that is bearish about Bitcoin. Serial investor Mark Mobius stated that he believes Bitcoin would fall to $10,000 in 2023.

2,444 miners have already joined the waiting list, which is filling up fast.