Tomasz Tunguz has recently come up with a list of the fastest developing spheres. Tomasz is a partner at Redpoint and an owner of the blog about startups. In his posts he describes how to fund raise, covers such topics as startup benchmarks, management best practices and team building. The list was created on the basis of Mattermark data analysis. Unsurprisingly bitcoin-related business has a lead in startup investment in 2015. It is followed by photo sharing, physical storage and space travel. The top five ends in transportation area.

It is interesting that two of five developing spheres – bitcoin (or better say money) and space travel – have always been controlled by government and now they attract more and more private investments. The potential of these areas has been fully estimated: bitcoin startups went up by 151% since 2012 while percentage in photosharing makes up 145%, physical storage and space travel – 149% and 141% respectively. 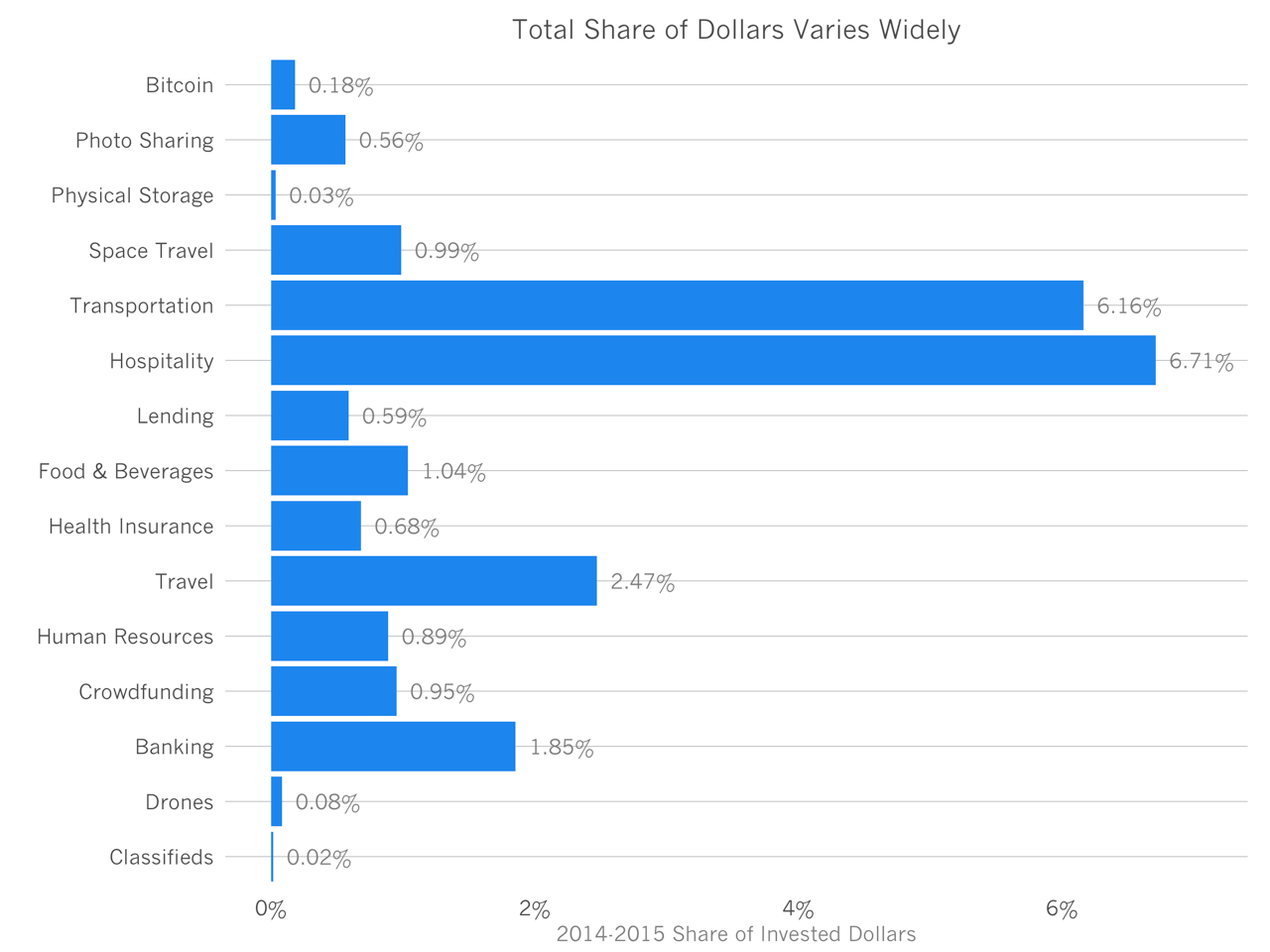 Hospitality and transportation are considered to be attractive for investment as well. These two spheres, although dominated by Uber and AirBnb, have collected 6% of total investments for the last 12 months. By the way despite various talks Uber has recently denied information about its plans to accept bitcoin as passenger fare. It had been rumored that the taxi service was planning to add bitcoin wallet into their app. As for now the plans haven’t been confirmed.

Bitcoin sphere has seen a great development in 2015. New ventures were opened, beneficial agreement were concluded. So it comes as no surprise that total amount of funds for half of current year has exceeded investments for 2014. Bitcoin businesses saw $357 million last year while more than $350 million has been raised only by this very moment of 2015. It sounds quite optimistic for bitcoin and we can say for sure that a year promises to be great.

IDG Capital Partners is one of the largest investors in bitcoin. Together with Goldman Sachs, China-based IDG invested $50 million in bitcoin startup Circle Internet and $28 million in Ripple Labs. Quan Zhou, Managing Director of IDG, explains their interest in bitcoin: “China is today the center of innovation in mobile apps and digital finance. We have a lot to learn from them, and we’re excited to bridge the dollar economy to the yuan economy using global digital currency. This will take time, as companies and services like Circle’s must address a complex and evolving legal and regulatory landscape in China”.

Barry Silbert, a founder of the Digital Currency Group, SecondMarket, the Bitcoin Investment Trust and simply a highly respected person, has invested in more than 40 bitcoin-related companies. His trust opens its doors to all types of investors. Mr. Silbert admits that he aims at attracting more new people in the industry.

Bitcoin has always been considered quite a risky area for investment. As for venture capitalists it can be rather a plus as high risk can mean high profits afterwards. As we see many investors choose to risk hopeful of worthy reward.

Taking strong interest in blockchain, cryptocurrencies, and IoT, Tatsiana Yablonskaya got deep understanding of the emerging techs believing in their potential to drive the future.

Ethereum went live five years ago changing the entire blockchain and crypto sector with developers envisioning a new form of money and social interactions and it has so far revolutionized the nascent industry.