Even if you are incredibly wealthy, $11 billion in taxes is rather outrageous.

It’s that time of the year when everyone gets all their documents in order and prepares to file their taxes. Generally, this is a painless procedure that has become increasingly easier to do with each passing year. While most people begrudgingly partake in this unwelcoming task due to the sheer confusion that surrounds the ever-changing tax landscape, others dislike it because of an old adage that has been spoken for decades.

The more you make the more they take. And that couldn’t be any truer for Tesla CEO Elon Musk who boasts a net worth over $240 billion. Just recently, the trailblazing mogul stated that he was set to pay more than $11 billion in taxes just for this year alone. However, according to CNN, that number is actually closer to $12 billion. Shortly after the social media post by Elon himself, he released a follow-up statement that stated he will end up paying more in taxes than “any American in history”.

For those wondering, I will pay over $11 billion in taxes this year

So you may sit back in your chair, scoff at your phone or PC screen, and say “yeah? So what.” And in which case, there’s a lot of folks that would follow suit. But let’s take a look at the whole picture. Why is that number so high? Of course, like mentioned above, the more you make the more they take, but that’s only part of the equation when it comes to the Tesla founder’s unique and record-breaking situation. Stock options awarded to Musk back in 2012 were set to expire at the end of summer next year and by exercising them, he will have to once again pay income tax on the gain. To try and cushion some of the blow, the South African native had sold off $16 billion worth of Tesla stock starting back in November after taking to Twitter and asking his followers if he should sell 10% of his holdings. With the use of a poll, the general consensus was a surprising ‘yes’.

Much is made lately of unrealized gains being a means of tax avoidance, so I propose selling 10% of my Tesla stock.

Do you support this?

In most occupations that the general population is familiar with, people generally take a salary or cash bonus, but Musk’s wealth comes from stock awards and gains in Tesla’s share price. Even with the corporation stumbling a little since the Twitter poll, the numbers remain incredibly valuable. So how exactly does this work? When Elon needs cash, he can simply borrow it by using his company’s stock as collateral. As you could imagine, this practice has been criticized by a few politicians who claim it’s a tax loophole that can only be exploited by those who are filthy rich. However, even if you are incredibly wealthy, $11 billion in taxes is rather outrageous. Especially considering that back in 2014 and 2018, the Tesla founder had to fork over $455 million in taxes on his income.

Set to pay somewhere around 5% of his total net worth in just taxes (not counting taxes like sales tax, property tax, etc.) it’s easy to see how this could cause a headache, even for someone as wealthy as Musk. And on top of that, Musk has been planning to use his riches for the greater of mankind and put everything he can into space exploration. More specifically, landing humans on Mars for the very first time in history.

This brings us to the bread and butter of this article. As noted earlier, most people will simply scoff at the billions of dollars that are floating around between the Tesla founder and the government. But while there are skeptics, there are also those who understand the importance of discovering new horizons.

It doesn’t take much convincing to make someone understand that it’s arguably more important for humanity to see what lies beyond our world than it is to line the pockets of bureaucrats. This has led to a group of people who are interested in raising funds to help the billionaire mogul to pay his taxes and continue to focus his energy and efforts on more important missions that better mankind instead of shelling over 5% of his worth in taxes.

So how does it all work?  In December of 2021, a crypto token by the name of ELONSTAX was born to help keep the “Mars or bust” mogul focused on the prize. The approach behind ELONSTAX tokenomics works by automatically allocating a 3% fee on each buy or sell transaction of the ELONSTAX token which will instantly be distributed to Musk’s designated blockchain address. Interestingly, in addition to allocating funds to Musk, the tokenomics also proportionally allocates a 3% fee from each buy or sell transaction to token holders. Thus, in addition to raising funds for Musk it also enriches the crypto community supporting the project. 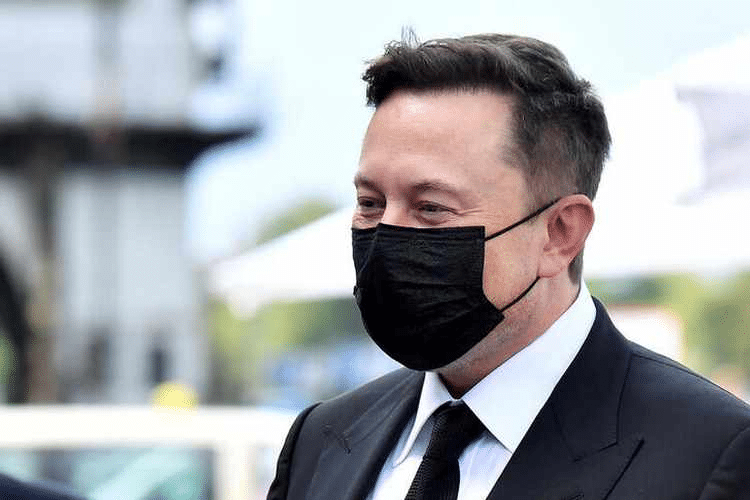 While that may sound out there to some, it’s clear from even the most fundamental parts of ELONSTAX’s development that the project was designed with these goals in mind. Case in point, since ELONSTAX does not levy any fees on the ordinary P2P blockchain transactions, the token can easily be used as a well-functioning payment currency for corporations like Tesla and SpaceX – which renders its utility value beyond just raising funds for the world’s richest.

The only question that really needs to be asked here is will the crypto community be able to collect funds for Musk’s tax bill? Or will he pay out close to $12 billion in taxes while we continue to admire Mars from our telescopes? Well, ELONSTAX movement has certainly generated significant traction on TikTok where their videos gained almost 3 million views and over 22,000 followers. Even if the movement is not wildly successful, at least one was started.

Tesla CEO Elon Musk has raised concerns over a recent deepfake video of him attempting to market a rewarding crypto investment scheme.

Initially, Musk was committed to paying $27.3 billion in cash for the takeover. Now, as he increased this sum to $33.5 billion, the amount of debt he will have to take on from banks is lower.