IOHK, a leading blockchain research and development company, has announced today that its research paper describing a Proof-of-Stake protocol, Ouroboros, has been accepted to Crypto 2017, the foremost academic event in the field of cryptography. The protocol was developed in response to a surging global demand for efficient and secure blockchains that are capable of processing more transactions. Aside from the Bitcoin protocol, Ouroboros is the only Proof-of-Stake blockchain protocol that has achieved such a distinctive level of academic peer review.

In a related announcement, IOHK’s research paper on Scalable Randomness Attested by Public Entities has been accepted to the 15th Annual International Conference on Applied Cryptography and Networks Security (ACNS), which reviews academic research with high relevance to real-world problems. The research is being integrated into the Ouroboros protocol.

As the world’s first provably secure Proof-of-Stake protocol, Ouroboros has vaulted IOHK to the forefront of the worldwide effort to develop a next-generation digital currency. This innovative protocol allows the operation of a blockchain with an unprecedented level of security and efficiency. Its acceptance to Crypto 2017, a highly competitive conference, is especially significant since peer recognition represents the means to widespread acceptance in the computer science field.

Professor Kiayias said: “Building a secure Proof-of-Stake blockchain is an important open problem and I am very happy that we will share our progress towards its resolution with fellow cryptographers at Crypto this year. In Ouroboros, we flesh out for the first time the combinatorial nature of proving the security of Proof of Stake blockchain protocols and I anticipate that our methodology will be valuable widely to blockchain researchers.

“By developing a provably secure Proof-of-Stake protocol, we can now confidently build a blockchain that can handle many more users, resolving many of the scalability and performance issues faced by proof-of-work based protocols like Bitcoin. We have already implemented Ouroboros and tested it with a cloud deployment with very good results.”

“With Ouroboros, as well as the upcoming version of our protocol ‘Ouroboros Praos’ that will be released soon, IOHK is at the forefront of efficient and secure blockchain research and development,” Prof. Kiayias added.

The Ouroboros protocol is already being applied in industry as it is the technology backing the Cardano blockchain platform currently being developed by IOHK. Its potential uses extend beyond cryptocurrencies, including applications in voting and decentralized project funding. The platform is expected to draw widespread interest from companies, enterprise, and investors seeking the next-generation cryptocurrency and blockchain.

Ouroboros was designed and built by a team of cryptographers, developers, and experts based around the world.

Crypto 2017 is the 37th International Cryptology Conference and will be held from August 20 to 24, 2017 at the University of California, Santa Barbara. It is sponsored by the International Association for Cryptologic Research.

IOHK’s research paper on Scalable Randomness Attested by Public Entities (SCRAPE) is currently being peer reviewed with its acceptance into ACNS. SCRAPE is a way for users to jointly generate values guaranteed to be random, without the need to trust each other or a central randomness beacon. Anyone can verify that the value generated is random and that the same value is obtained by all users. This is breakthrough research on random values because it allows blockchains to scale for more widespread use. It can also be applied to many types of cryptographic protocol.

Founded in 2015 by Charles Hoskinson and Jeremy Wood, IOHK is a technology company committed to using peer-to-peer innovations to provide financial services to the three billion people who don’t have them.IOHK is an engineering company that builds cryptocurrencies and blockchains for academic institutions, government entities and corporations. It is also a research firm with dense academic connections in Europe, America and Asia with many employees holding PhDs in Computer Science, Math or Physics. IOHK focuses on practical, peer-reviewed research to create live protocols, and the technological underpinnings to next-generation cryptocurrencies.To learn more, visit iohk.io

Disclaimer IOHK is the source of this content. Virtual currency is not legal tender, is not backed by the government, and accounts and value balances are not subject to consumer protections. This press release is for informational purposes only. The information does not constitute investment advice or an offer to invest. 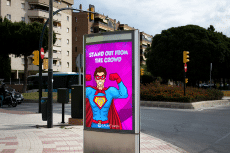 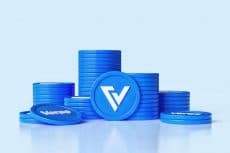 Registration for the Upco...