Ether, the second-largest cryptocurrency, extended its range for the new year to turn lower for the first part of the day, bypassing the upward trend set by most other major digital assets.

Ethereum, the decentralized computing platform behind the token, has been trying to extend its network for years with a series of upgrades that may eventually transform its Proof-of-work protocol into a staking network. The improvements took longer than expected, and some analysts doubt that this difficult technical achievement can be achieved. Besides, several new entrants to the sector have put pressure on Ethereum as an increasing number of developers are moving towards newer options.

The Ethereum blockchain series has experienced technical scalability issues, which has prevented it from growing too much. They work hard to sort it out but until they do, we can only guess the future value.

Still on the hard fork, given that Muir Glacier is a non-controversial hard fork, the series is unlikely to split and create two coins. Miners are likely to upgrade as it is in the interest of delaying the bomb that will reduce their revenue.

Ethereum is under increasing criticism. The continuous delay in ETH 2.0 and frequent development incidents contributed to the opinion that project leadership was inefficient.

Ethereum‘s price may be volatile after the event; however, sharp movements are unlikely to go wrong. At the time of writing, ETH/USD was trading at $129.19, after recovering from an intraday low of $128.21. The second-largest coin fell from $132.78 (January 1 high), in line with the broader cryptocurrency momentum. 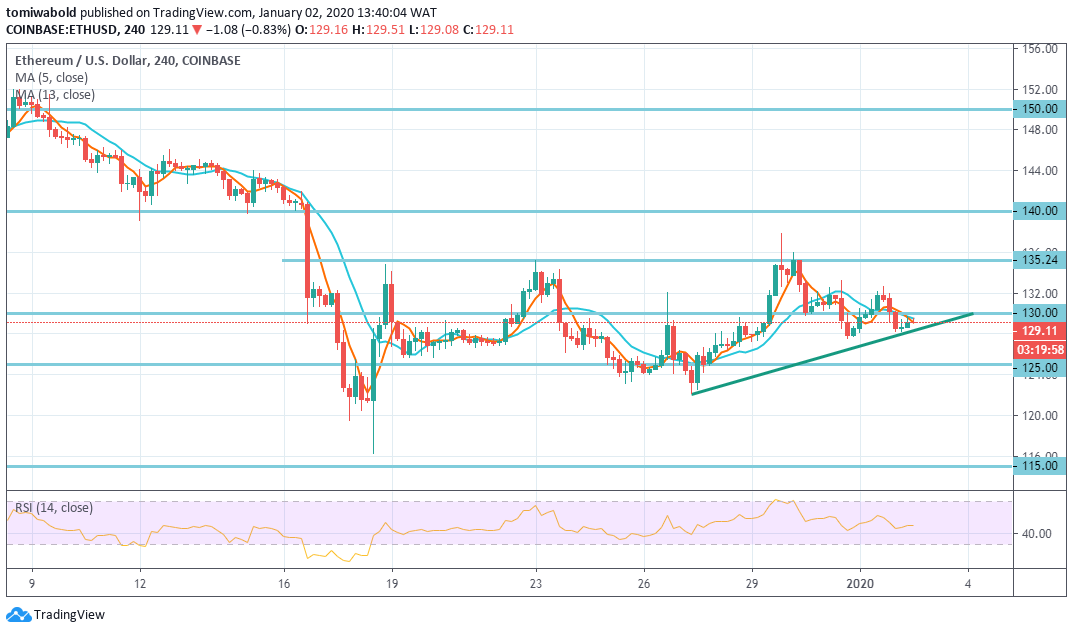 Technically, we will need to see a sustained movement above $130.00 level for the bullish trend to gain strength and allow the price to retest Wednesday’s high. The next resistance is generated by a mix of the 5 and 13 moving averages in the 4 hours.