TronWallet has launched an In-App Offering of KLV inside the wallet’s built-in Swap tool, before KLV gets officially listed on both top-tier exchanges and DEXs.

One of the most used blockchains apps in crypto today, TronWallet with well over 200k daily active users and 600k total users globally, has launched a flash sale for its new Klever Coin (KLV) inside their TronWallet App. The In-App Offering (IAO) occurs only one week ahead of the official launch of their 4th generation crypto wallet Klever App.

Following a reported mounting number of private and community requests for buying the new Klever (KLV) token, TronWallet has launched an In-App Offering of KLV inside the wallet’s built-in Swap tool, before KLV gets officially listed on both top-tier exchanges and DEXs. The public sale will be ongoing from August 20-23, and TronWallet accepts BTC, TRX, ETH and USDT in the KLV flash sale.

According to reports, TronWallet has grown exponentially since the announcement of klever.io on July 1, adding more than 370,000 users and devices under two months, raising the total number of users above 625,000 users worldwide. Meanwhile, there are now 222,000 daily active users (DAU) and 449k monthly active users (MAU), making it one of the most used blockchain apps on the market (see graphic below).

Meanwhile, the TronWallet Swap tool is reportedly hitting new record numbers, processing over 7,500 individual swaps over the past 24 hours. These impressive numbers are likely to grow notably as Klever App launches in the end of August, given that all current TronWallet users will migrate to the new app, while adding new Klever users from other blockchain and crypto ecosystems. 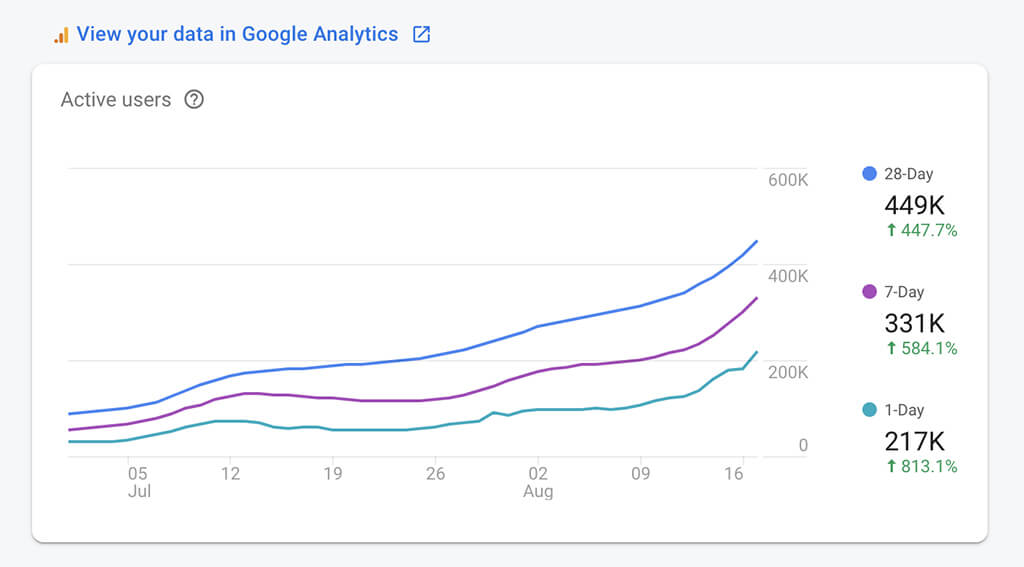 “We have been working on our 4th generation crypto wallet Klever App and the Klever Ecosystem for over 3 years, and the team is both humbled and excited about the great reception klever.io has had in the crypto community at large. We have set out to solve two major problems in crypto today, namely the security problem and user experience problem, and with klever.io we are confident that we will provide an immensely more secure and simpler user experience for our global family of users”.

The rapid growth of TronWallet’s user numbers commenced on July 1 with the announcement of klever.io, and the wallet has added 370k new users since then, surpassing 625k total users.

Given that KLV will be the main utility token used to power all platforms in the Klever Ecosystem, including the Klever App, Klever Swap & Exchange, Klever OS and all future Klever Labs projects, such as Klever Browser and Klever Blockchain, KLV seemingly follows the notion of creating one utility token for countless use cases. Klever App will reportedly be adding new blockchains one by one on a regular basis, in order to educate their growing community of users of that particular blockchain’s properties, benefits, speed and opportunities.

Moreover, major partnerships and joint products with industry-leading companies in the areas of travel, staking, shopping and more are reportedly ready to be rolled out consecutively after the app’s launch. To learn more about the Klever ecosystem and KLV, read the Klever White Paper at klever.io.