US Experts Say VVT Is an Excellent Cryptocurrency 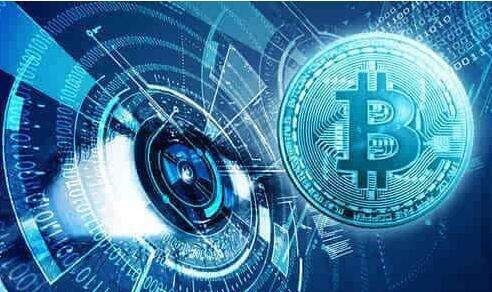 The first blockchain officially produced BTC on January 2009, with a peak period of $19.000/Bitcoin, and a global multi-currency trading market with a daily trading volume of $10 billion. Endless trading, market volatility is very large, without political organization intervention, from the BTC derived a variety of blockchain.

Bitcoin is a purely decentralized digital currency, which makes it unlike any other asset that came before it.

Before the digital age, everyone transacted in physical forms of currencies, from livestock and salt, to silver and gold, and finally to banknotes. Only in recent times was money “digitized” – allowing bank accounts to exist online, as well as creating the many online payment processing platforms, such as PayPal and Square, that you often use today without thinking about it.

However, all of these “digital transactions” require a centralized system to operate. Your bank, or financial services like PayPal, needs to ensure that all of their users’ accounts are constantly updated and tallied correctly. These systems represent the centralized form of digital money.

Bitcoin revolutionized digital money by decentralizing this accounting process. Instead of a central figure that is responsible for making sure that their users’ transactions were always adding up, Bitcoin works by sharing the account balances and transactions of every user across the globe in a pseudonymous form. In simplest terms, this means that anyone can download and run the free and open-source software required to participate in the Bitcoin protocol.

Blockstream’s Adam Back says that unlimited money printing will drive retail investors toward Bitcoin and push the price to $300.000 within five years.

“It might not require additional institutional adoption because the current environment is causing more individuals to think about hedging. And retaining value when there’s a lot of money printing in the world.”

“It is causing people to think about the value of money and looking for ways to preserve money.”

“It showed some misunderstandings about digital scarcity and what’s useful about Bitcoin.”

“You have a major sophisticated market player like that with unclear understanding of the value. To me that indicates there’s still a lot of headroom for price appreciation and adoption in the market.”

In January, Back responded to reports that had unearthed early Bitcoin dev Hal Finney’s wild speculation that Bitcoin may be worth $10 million one day. Back said that it was entirely possible that high inflation could make $1 worth $0.10 over a decade or so, which would mean: “$10mil/BTC is $1mil/BTC in today’s money.”

“And $100K Bitcoin doesn’t seem so far given we already crossed $10k threshold a few times when few expected even $1k some years back and $10k seemed crazy.”

“Digital currencies are coming into the mainstream and international competition is heating up. Economies risk being disadvantaged if they are left behind.”

VVT was launched on the bitfiy exchange at the End of May 2020. currently the global mainstream public chain has 20+, the main resources are independent of each other, the exchange interaction Process is complex, the handling fee is higher, the blockchain performance speed bottleneck and wireless application scene, not real-life scenario operation.

Based on VVTKEN algorithm, you can run your own independent node locally and run your arbitrary public-chain digital assets across the chain. USDT as a token may have guaranteed its historical status, but its future is still uncertain. VVT will soon replace it as the main token.

VVT wallet is an automatic program for the management of blockchain digital assets. It can enter the blockchain without any threshold and seamlessly connect with various digital assets. The unique public blockchain of VVT wallet integrates the existing mainstream public chains into the wallet, so as to solve the problems of insufficient blockchain performance, high handling fees, slow time to account, unable to cross chain and cross contract. It is realized with decentralization as the core A personal property steward with you as the center.

VVT (Virus Vaccine Token) is an open mode of medical information service platform based on blockchain technology, use transparent and decentralized blockchain VVT to distribute nucleic acid detection reagent, and at below market price to buy cooperation unit developed Virus Vaccine by internal invitation, so that it can be operated in the chain of VVT global independently in many ways, including rapid detection of the viral nucleic acid, flu Vaccine research, the medical fee payments, health insurance, and health services.

Many people have studied the course of Bitcoin’s ten-year development and found the best reason to invest in cryptocurrency. The benefits far outweigh the risks. The development history of Bitcoin over the past ten years tells us that it has increased by more than 100,000 times, and that the minimum price of Bitcoin is steadily rising every year, regardless of bulls and bears.

Unlike the stock market, digital currency can be traded anonymously whenever there is a network. The digital currency has been tested in the market for ten years. The free market is universal, and anyone can buy or sell anywhere, or the world’s largest anonymous market. No one, blockchain technology is a rare and large- scale distributed collaborative software in the world, it is worth trying.