Bithumb, which has its headquarters in Seoul, has just announced a new schedule of coin listings. The exchange recently published a Cryptocurrency review report with a comprehensive analysis of Waves, and has taken the decision to list WAVES on its exchange as a result.

According to Bithumb, the schedule for listing is as follows:

‘We are very pleased to receive this vote of confidence from Bithumb’s team, and are encouraged to see WAVES listed on the largest exchange in South Korea.’

Waves is a global blockchain platform launched in 2016. Waves’ mission is to build a blockchain ecosystem that allows users to address a wide range of real-world problems. The Waves team is building a blockchain infrastructure with easy-to-use tools for individuals, developers, and businesses.

In April 2017 Waves successfully launched its DEX (decentralised exchange), a fast and safe tool for trading the most popular cryptocurrencies. In late 2017, Waves-NG protocol was activated, enabling unprecedented throughput of more than 100 txs/second, whilst reducing transaction confirmation times to just seconds.

Bithumb is the largest South Korean exchange platform, with headquarters in Seoul. The exchange has become one of the leading companies of the global crypto market in recent times, currently ranking 7th in terms of volume. 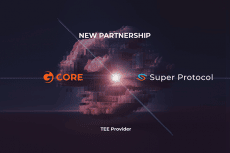