XRP stopped falling. On Friday afternoon, the asset is consolidating at $0.2942 USD.

As we can see in the H4 chart, the cryptocurrency is still correcting after completing a rising impulse. Within this correction, there are both short-term and mid-term (triangle) channels. The MACD lines are directed downwards, thus confirming a correctional movement but the green histogram indicates a possible breakout of the local resistance at $0.3007. If the price breaks it, the asset may grow to reach the high at $0.3258 and then $0.3830 as well. At the same time, one shouldn’t exclude a rebound from the resistance, after which the instrument may resume falling towards the support area at $0.2570. 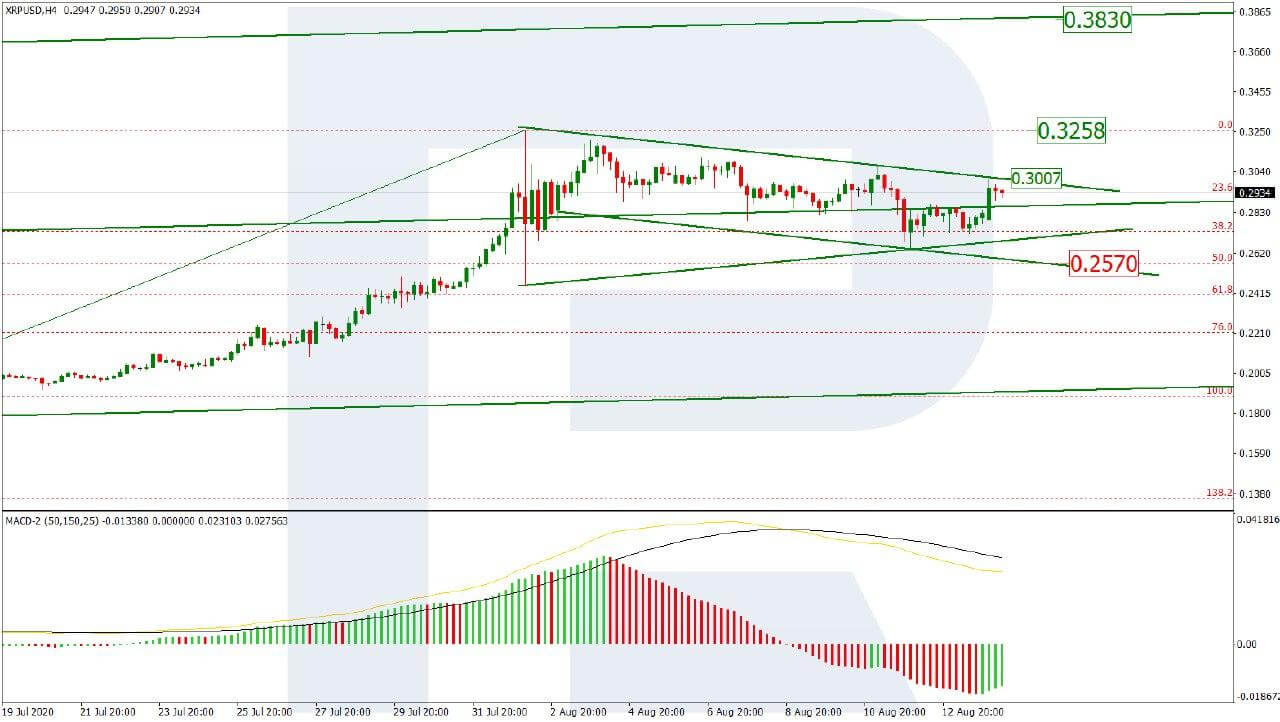 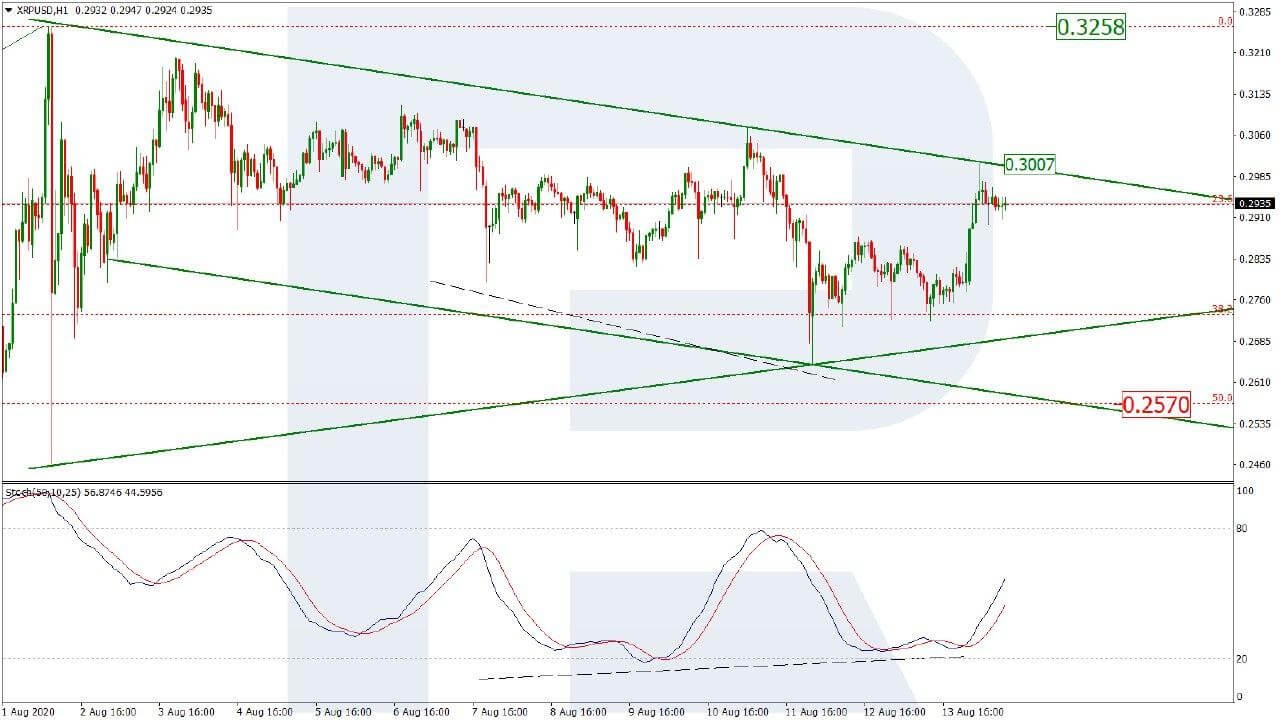 Ripple is going to copy Amazon in the cryptocurrency world. This was said by Brad Garlinghouse in his interview to Financial Times. Garlinghouse said that in a couple of years the world would understand that Ripple meant the same to payments as Amazon to books.

It’s a pretty ambitious task but Ripple has been working in this direction for a long time. In the last 5 years, the company has been focusing solely on promoting XRP, so now the time has come to reduce dependence ща the business on the XRP rate and constant sales of the coin.

When it comes to market competitors, Ripple doesn’t have a flawless reputation, mostly due to its wish to create stable relations with banks. The conclusion made in the Financial Times article is not too reassuring: the media believes that the objectives set by Ripple are more like intentions than real plans that the company can implement.

At the same time, Ripple is constantly criticized for systematically selling its tokens.

Ripple can perhaps acquire Ledger Holdings Inc from FTX at a lower price to help in its XRPL development plan.

The American CryptoFed DAO is said to have failed to thoroughly inform the SEC about its business, management, and financial condition.