Nxt has often been described as the ‘Linux of Crypto’: an apt name for a project that has, since its inception, created groundbreaking cryptocurrency technology while keeping faith with the ideology of personal financial empowerment, transparency, decentralisation and equality that motivated Satoshi Nakamoto to create Bitcoin. In the eyes of the creators of Nxt, their project is not a replacement or competitor for Bitcoin, but a logical evolution of cryptocurrency, giving users access to powerful features that Bitcoin, in its current form lacks.

Anyone who has kept up with the crypto-currency scene over the last two years will be familiar with the almost revolutionary belief in decentralised, open-source cryptocurrency that motivates many ‘Nxters’, as they sometimes refer to themselves. This latest development seems like a radical change in direction for the Nxt project, especially given the vocal criticism from some elements of the Nxt community of marketing-driven crypto projects such as BitShares or NeuCoin.

Here is a summary of the goals for the co-ordinated marketing project, from the initial proposal document:

●   Set up a co-ordinated team for social networking/forums.

●   Create a coherent strategy to interest potential Nxt-based projects and investors who may be interested in utilising or investing in Nxt/SuperNet.

●   Create a comprehensive user guide for the entire Nxt system, from account creation all the way to customised MS issues.

‘Tennessee’, as the project has been dubbed, is the brain child of two veterans of the Nxt project, Bas ‘Damelon’ Wisselink and Dave ‘EvilDave’ Pearce, who created the ‘Tennessee’ proposal in co-operation with the Nxt core dev team. We caught up with them for some questions about this slightly surprising proposal:

Q: Firstly, how can a leaderless, open-source project market itself?
A: (EvilDave) Up until now, most Nxt marketing has been done in an informal, grass-roots fashion, with community members creating marketing and promotional material for their own projects. This has worked well up to a point, but there has been a lack of coordination, too much duplicated effort and too many abandoned projects. It turns out that marketing and PR doesn’t work all that well when completely decentralised.

Q: Calling current Nxt marketing ‘uncoordinated’, that’s rather honest.
A: (EvilDave) Yes, but our current marketing is certainly not all bad. Some projects have created absolutely amazing work, sometimes in complete secrecy until it is revealed. These spontaneous, grass-roots initiatives are one of the best aspects of the Nxt system and should be encouraged. All that we really need to do is to give projects a selection of tools to work with, some existing material and a support framework. Creating this framework is a core aim of ‘Tennessee’.

Q: What’s the worst aspect of the current marketing situation?
A: (Damelon) The situation is just not ideal. Because there is sometimes no place where ideas are documented, work is done twice. Ideas get started and then, because there is no support infrastructure, are abandoned or emerge half-baked. We aim to solve that by giving a solid foundation to the work we’ve been doing on a small scale: encourage, connect and distribute. We see the role of ‘Tennessee’ as encouraging project developers, connecting them with people who can help them with the business side of things and distribute the news to the outside world.

Q: Is this a take-over of the Nxt project?
A: (Damelon) It isn’t. We cannot control, or even want to control development. We also cannot represent the Nxt community as a whole. Both myself and Dave have been involved in setting up the Nxt Foundation, and our goal has always been to get NXT adopted by businesses that will benefit by it. Projects we have been involved in are the Drachmae Project of Brian Kelly, the upcoming game Lyth, several hackathons and two instances of Payexpo. We’ve had a certain amount of success, and are regarded as leaders within Nxt.

A: (EvilDave) To the limited extent that Nxt has leaders. And, no, no sane person would want to attempt to take over control of Nxt in any way. It simply wouldn’t work.
I think that at this stage of Nxt development, it would be impossible for any one group to take complete control of the Nxt project, and that is a good thing. Leadership should come from within the community, not be imposed upon it. We want to provide a coherent strategy for Nxt marketing and adoption over the next 12 months, that’s it.

Q: So what are you going to do in practice?
A: (Damelon) What any marketing and sales person would do! Get out there and show people what Nxt does and how it can benefit businesses. Gather industry feedback and give it to the dev team to mull over. Pinpoint use cases that we can help out with and pitch proposals. We know what Nxt can do and we want to make sure businesses learn that change isn’t all that hard when you have a genuinely effective platform to move on to. Now is the perfect time for an initiative of this nature from Nxt.

Q: Why do you say that, now is the time?
A: (EvilDave). Because it is (laughs). We’ve spent more than two years building up to this moment: the technology underlying Nxt is mature and battle-proven, we have maintained a solid, stable and secure blockchain for all that time, and built a comprehensive suite of features to run on that blockchain. Everything works. The community is still very motivated and is populated by a lot of talented people. All ‘Tennessee’ really has to do is to provide a framework for that community’s efforts, some goals to aim at, and to raise awareness of Nxt with our target groups.

Q: And those target groups are?
A: (Damelon): Most crypto enthusiasts know who we are, and looking for mainstream adoption directly seems pointless and difficult right now. We are aiming most of the ‘Tennessee’ project at businesses and other projects, not at end users. Nxt has an amazingly comprehensive API which can be combined with new or existing projects in potentially limitless ways. If we get that message across to the business/financial world, the projects that they build will bring their end users into the Nxt ecosystem. Look at the NautilusCoin project from Drachmae and Brian Kelly as an example: Nxt provides the tools for Drachmae to build a complete crypto-economy on micro-scale, on just one Greek island, and it is Drachmae that bring people to their platform and to Nxt. It is this sort of project, bringing the basic concept of crypto-currency over to their end users, mostly for the first time, which will drive Nxt adoption and success. And ‘Tennessee’, of course…

Q: What does the Nxt Foundation need to make ‘Tennessee’ happen?
A: (EvilDave) Not very much, to be honest. Nxt has always worked on a shoestring, we’ve bootstrapped the entire project so far with no VC involvement. Nxt knows how to deliver maximum ‘bang for your buck’. We estimate the total cost of running ‘Tennessee’ for 12 months to be about $80-100,000, depending on how much we spend on outside contractors. This works out to be around 10 million NXT at current prices, so that is our target number for funds.
Putting the ‘bang for your buck’ philosophy into practice, we’ve started a fundraising/crowdfunding campaign for ‘Tennessee’ using the Nxt Monetary system. Our experience with raising funds in this way will be used to create a use case study for the TNSSE project and to gather feedback on the use of the MS in practice. Three goals in one.

A: (Damelon) People can donate to the ‘Tennessee’ project via the announcement page. 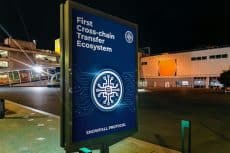