DECENT is the Big Winner at the Central European Startup Awards

Last Thursday marked the Slovak National, 4th Annual Central European Startup Awards (CESA), a series of events in the CEE countries, to recognize and celebrate the entrepreneurial spirit and startup ecosystems of this colourful and diverse region.

The Slovak national final hosted startup companies from all over the region competing to receive one of the highly regarded awards (11 in total). Winners were presented with certificates and advance to the CESA Grand Finale.

The top honors of the night went to DECENT, the creators of an adaptable, purpose-based blockchain system designed for seamless integration for companies and developers with a focus on purchasing and selling digital goods. The company, headquartered in Bratislava, Slovakia, won the award for Startup of the Year with their innovative blockchain system and proprietary project DECENT GO, a blockchain based google play-like marketplace for all digital goods.

DECENT also won for Best Newcomer in the startup community. They officially launched their product in June of this year. Already they have several 3rd parties interested in building their projects on top of DECENT’s blockchain technology.

Additional awards went to reputable startups in different categories including GCR for social impact, TNtech in biotech, Instarea for smart city solutions, Matsuko in AI, and eDocu for IoT. The most influential people within the startup community were also recognized with awards going to Daniel Minariko (korner.bi) for Founder of the Year and Neulogy Ventures for Investor of the Year.

All National Winners at CESA are invited to the international grand finals. The Central European Startup Awards Grand Finale will take place on the 23rd of November in Sofia-Bulgaria. DECENT will be competing against the likes of Symvaro and Timeular from Austria; and UiPath and TypingDNA from Romania. Others will be added to the list of companies considered as the regional awards are decided.

In the end, finalists from 10 countries will go head to head for the chance at being named Central Europe’s Best startup company in their respective category. Public voting will be open on the 4th of October. Friends and followers of the competing startups are encouraged to show support by voting for their favorite startup.

DECENT is a blockchain-based digital media distribution platform designed to bring more transparency and fairness to the media industry. DECENT allows artists to efficiently distribute any form of content online without having to wait for payment or pay hefty fees. DECENT’s purpose-developed blockchain will revolutionize data distribution, saving content producers money and giving them more control without compromising on security. 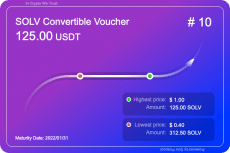 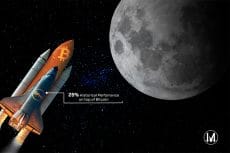