On Thursday, July 4th the ETH is slightly declining; however, there seems to be no reason for worrying. It is generally trading around 296.14 USD.

During the past week there have been no significant changes in the Ethereum dynamics. The weekly timeframe shows a pullback from 38.2% and an attempt to drop to 23.6% Fibo. The support line around 193.70 should be regarded as the main goal of the pullback . Speaking about mid-term and long-term perspectives of the cryptocurrency dynamics, the correction phase may be followed by yet another wave of growth up to 50.0% (455.40), 61.8% (543.30) and 76.0% (652.15). The ascending dynamics of the Stochastic supports the idea. At the same time, a decline of the MACD may be warning about a breakthrough of the target support. 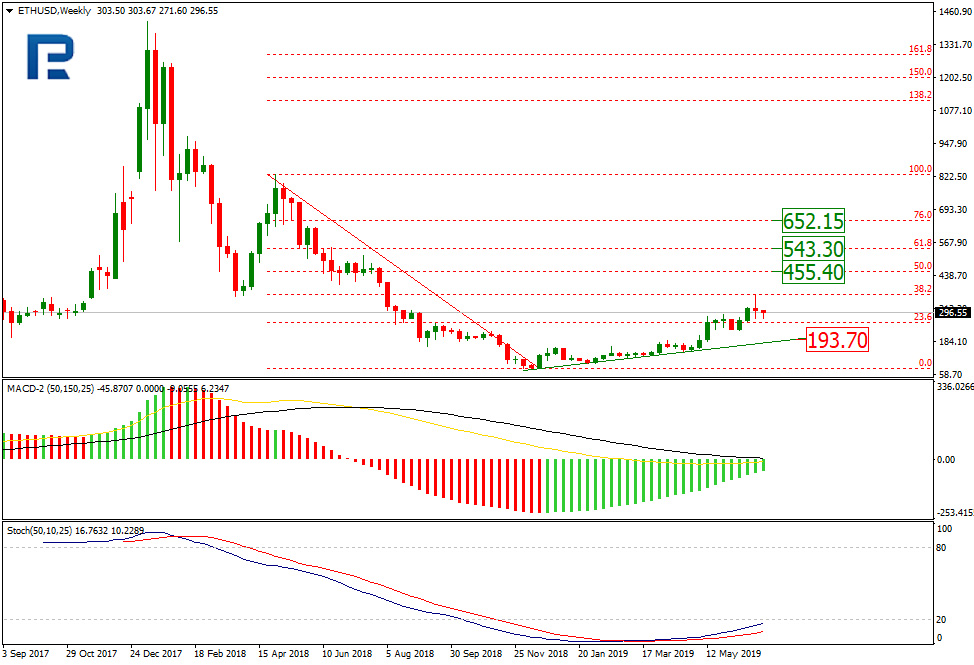 On the daily timeframe the ETHUSD quotations have tested the resistance line of the ascending channel, but after a divergence on the MACD they started a decline for correction. The primary goal of the correction is situated on the support line of the current channel around 273.45. A breakthrough of this line may give way to further decline to the basic support around 193.7. 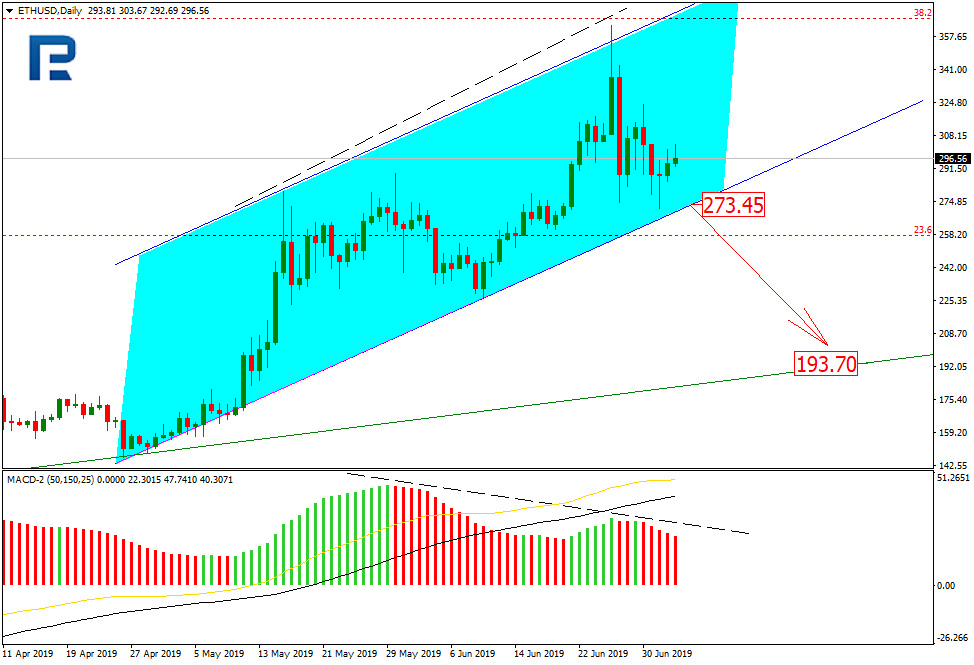 H4 shows a correction channel forming after the first declining impulse. After testing the support line the quotations are trying to rise up to the resistance line around 320.80. This scenario is supported by the Stochastic entering the oversold area with the subsequent forming of a Golden Cross. 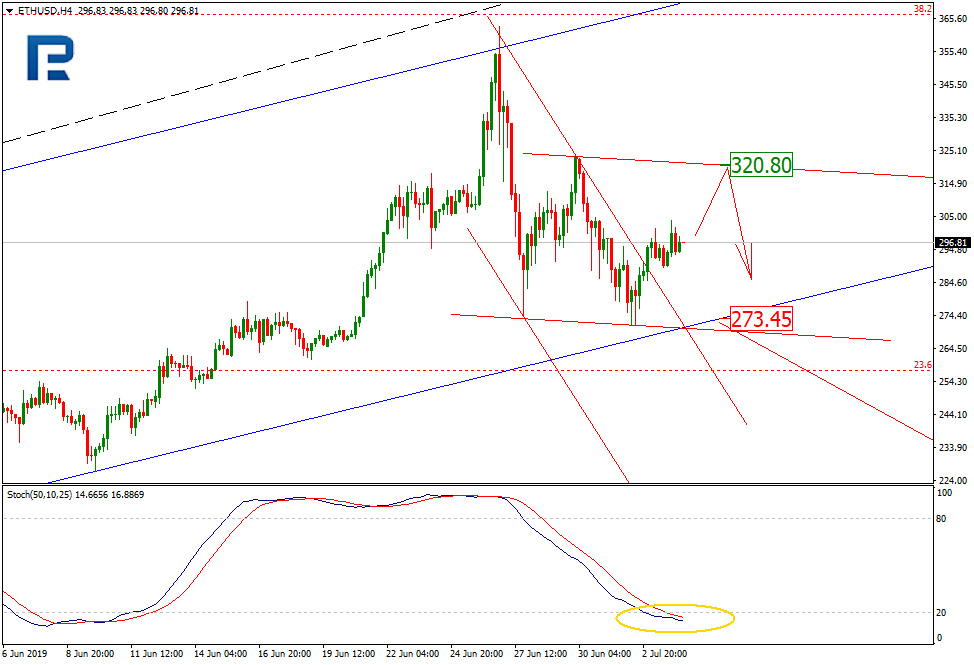 As the Director of Special Projects of Ethereum Foundation Virgil Griffith says, the company is beginning to work with experts from the Middle East and is ready to cooperate on the basis of the Islamic law. This initiative is meant to attract attention of wealthy families of the region to the company, which, in case of a success, will do only good to the enterprise.

Of course, Griffith realizes that the plan might not work. However, his speculations are based on a hypothetical situation when sovereign funds of the region invest substantial sums in Ethereum projects. Such result would be perfect.

Necessary preparations have been already carried out: the company holds documents confirming the compliance of its smart contracts with the Islamic banking rules.

Top developer of Ethereum solutions ConsenSys company has received an investment from the third biggest conglomerate of South Korea SK Group. SK Group management is interested in blockchain technologies and the use of tokens in economics. The company is open to digital technologies, which might oopen good perspectives for ConsenSys.