Blockchain Company ImmVrse According to a new research accrued out in the UK, many seven to 11-year-olds are turning to modern technology as they consider their career paths, rather than professions such as police officer or doctor.

So what makes being a content creator so desirable? Aside from the fact that the ‘YouTubers’ get paid for every 1000 ad views, it also opens huge potential for them to be recognised globally.

YouTube has truly been a game-changer in the Internet age, allowing anyone with a camera and access to a computer to share their talents with an international audience, with a simple click of a button.

ImmVRse the platform dedicated for VR content is leading the way to improve the already successful model further, by allowing VR content creators to be able to sell their content as well as to receive employment contracts from prospective employers.

Described as the “VR Child of YouTube and Freelancer” by COO, Limon Rahman, the platform is set to make millionaires out of the VR community by combining the very best creative minds, in order to maintain the momentum and growth of VR content going.

As a medium with seemingly limitless potential, VR content creation is merely in its infancy. ImmVRse hopes that their platform and eco-system will allow VR content creators to thrive and innovate, to break boundaries and create revolutionary content that will one day establish VR as the ultimate medium.

“One of the key problems of the VR content industry is the current fragmentation and lack of opportunity for producers to make a lot of money. Within our platform, not only can they receive advertising revenue, but they can also sell their content to buyers and receive job offers from brands.”

ImmVRse is proud to announce their newest team member taking the helm of Chief Strategy Officer. Arwen Smit, who is the founder of DOVU, a highly successful mobility ICO in 2017 is joining the team to add to the already ensemble of tech experts.

ImmVRse presale is currently running and the initial support has been outstanding. Contributors are advised to join the safe and secure site hosted by TokenGet to benefit from the 25% bonus.

ImmVRse is backed by an ensemble of experts from a range of sectors, including relevant technologies, IT Management, VR, computer security and blockchain development.

Some of its key team members include:

Farabi has over 10 years experience in developing market deliverables, brand identities and financial analysis focused on cryptocurrencies and blockchain. Farabi comes from a mix of finance (BSc) and marketing (MSc) background and is now leading a small team from Imperial College London to conduct R&D on VR-Neuroscience.

Limon is a highly driven tech entrepreneur with practical hands-on experience, forming successful businesses in numerous fields. Additionally, with 15 years of experience in financial control and management, including overseeing budgets of over $300m.

Mark has 20 years’ experience in IT project management and is highly experienced in managing multi-million dollar IT infrastructure, disruptive technologies and application projects.

Peter has over 8 years of experience as a developer, highly skilled in managing large-scale software and android app development project with some of the largest companies in EU, Expert in JS, Python PHP, JAVA, and SQL.

Disclaimer ImmVrse is the source of this content. Virtual currency is not legal tender, is not backed by the government, and accounts and value balances are not subject to consumer protections. Cryptocurrencies and tokens are extremely volatile. There is no guarantee of a stable value, or of any value at all. Token sales are only suitable for individuals with a high-risk tolerance. Only participate in a token event with what you can afford to lose. This press release is for informational purposes only. The information does not constitute investment advice or an offer to invest. 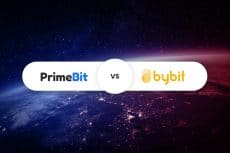