NZD/USD was able to gain 0.44% today up to the time of writing this article after a compact loss of 0.30% yesterday.

Another data to trace today is Federal Budget Balance per August, the expected number is -245B and is far below the July’s -63.08B.

Possible continuation of the bull run for Kiwi is also supported by its price action on Fibonacci levels. By the time of writing this article NZD/USD quote on Overbit is at 0.66904 level which is a minor short-term resistance, though the pattern still looks bullish as Fibo 0.618 has been already tested and the impulse of September 8 demonstrates a possible formation of a new bullish run. See the chart below to trace Fibonacci 0.618 tests by Kiwi/USD. 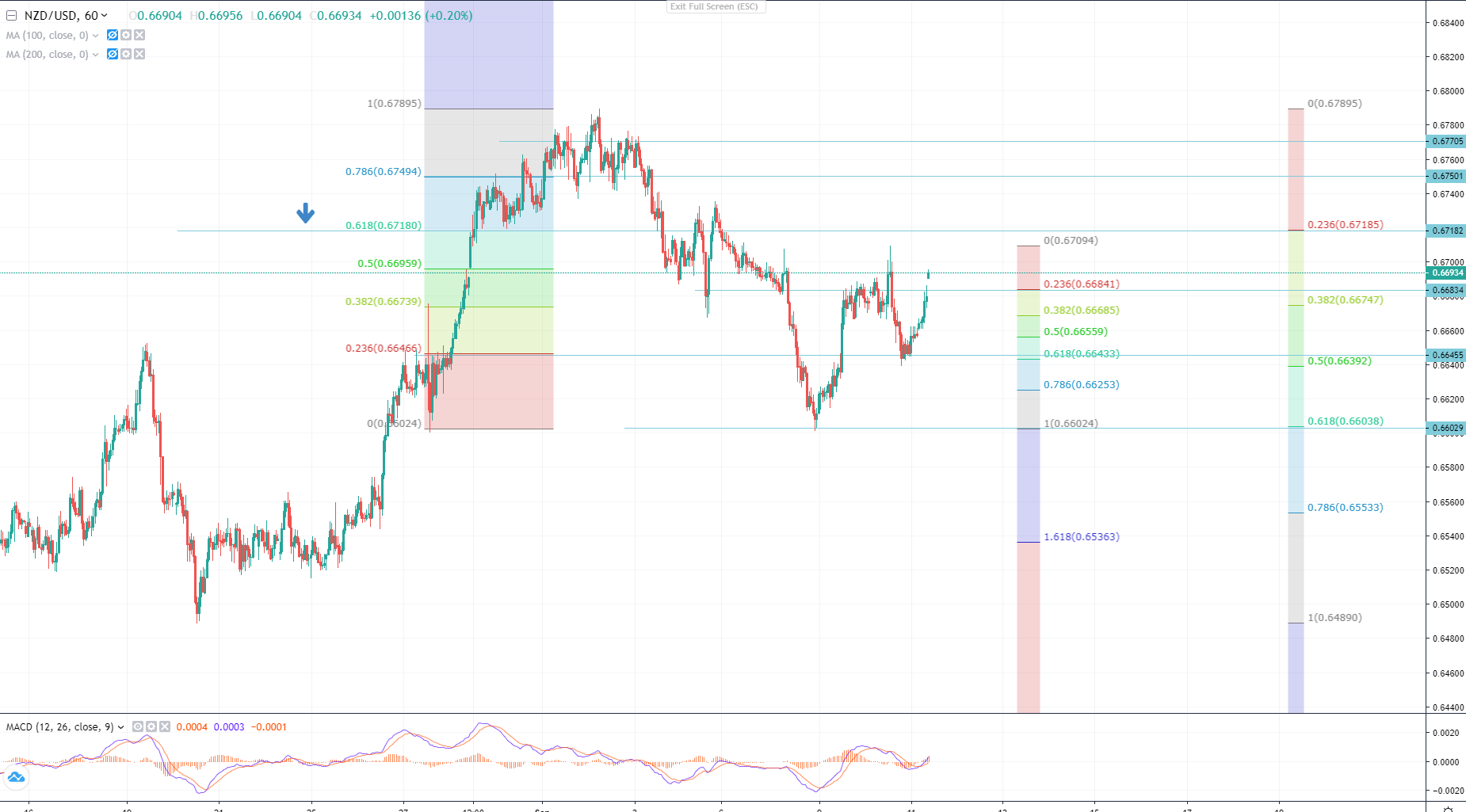 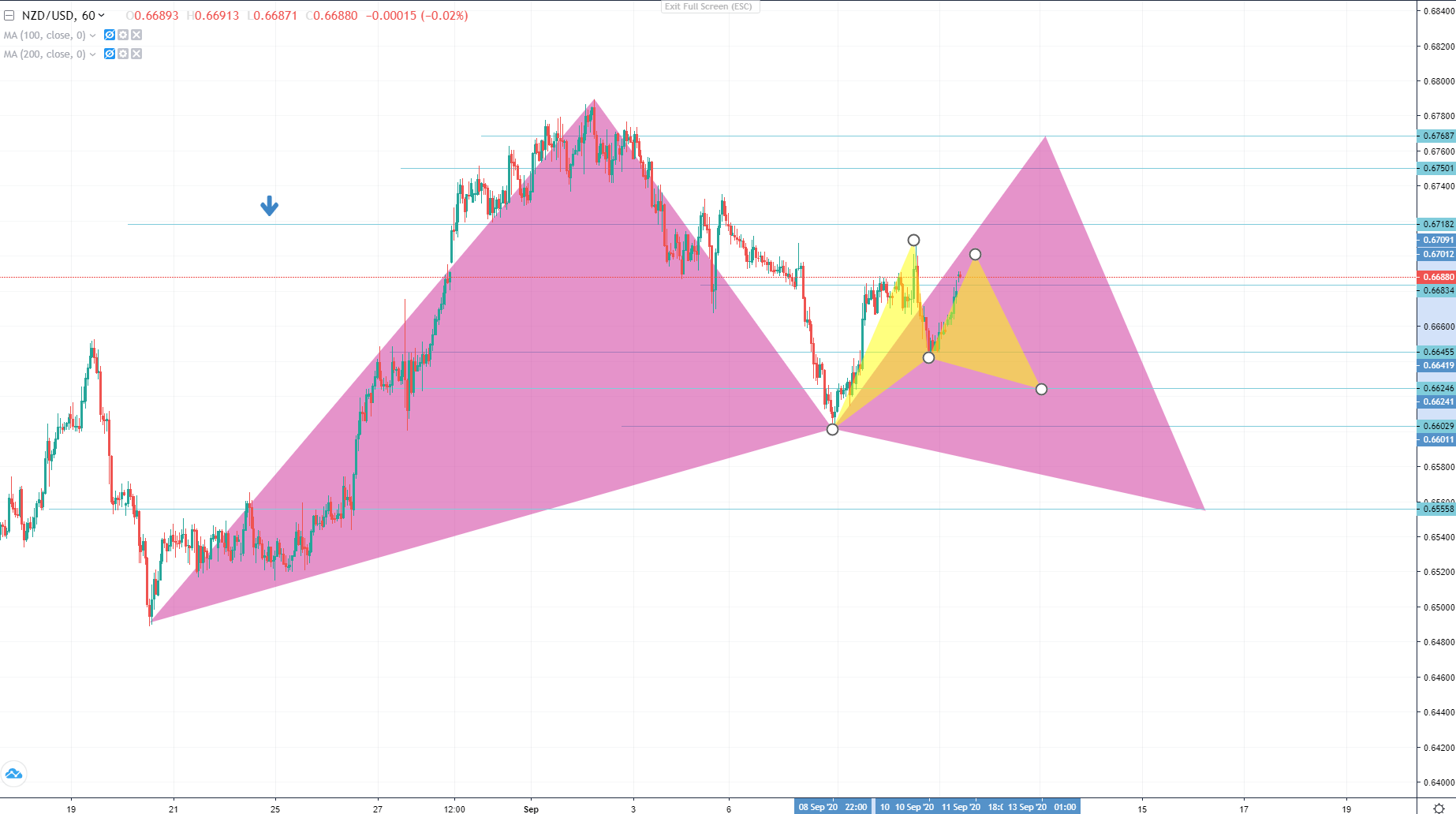 In general, NZDUSD still looks bullish, the daily chart shows that Kiwi is still climbing higher in an uptrend channel with higher highs and higher lows, from Elliott Wave theory prospective, the September 2 impulse might be considered as a 3rd wave and Kiwi might drop to test the lower edge of the channel to continue the bullish run to form wave 5 and then a massive correction is expected, however after the 5th wave confirmation NZDUSD might also show a greater impulse similar to the one in the wake of April – May uptrend channel.