XRP is trading higher after the crypto sell-off on Thursday. The session low is at $ 0.1850 which is now the main support and thus far XRP/USD has rejected the bottom.

As expressed in the Reuters release, Ripple is getting ready to reveal the most recent Brazilian cooperation in mid-2020. Louise Antonio, overseeing chief of Ripple, said that uncomplicated Brazilian financial guidelines assume a principal role in the organization’s expansion in the nation. Ripple talks about XRP‘s utilization of transfers with banks and controllers.

Besides Brazil, Ripple intends to extend to all the South American nations, for example, Chile, Peru, and Argentina.

Ripple as of now works with Santander Brasil, Bradesco, and Rendimento, who utilize Ripple’s payment alert platform. Even though to no degree the organizations use XRP.

Starting in July, Ripple propelled another office in Brazil. As expressed by Saco, around 30% of the general volume of Ripple transaction is presently moving the nation over.

Of late, to energize its utilization and the accessibility to foreseen customers, Ripple’s inspiration has been to occasionally discharge held coins to the market.

A few essential transactions have been recorded on the blockchain as of late, after 200 million XRP transfers. Ripple at first uncovered in 2017 that it would give 55 billion coins for more than 55 months. The most recent opening is one phase in the long procedure of keeping up a relentless degree of coins, just as rouse its adoption. The determination was incited by the desire to dissipate rumors that Ripple may overpower the market with its enormous possessions.

Even though Ripple is as yet being reprimanded for its control of the XRP market and the advantage of the token itself, project organizers have expelled the charges. 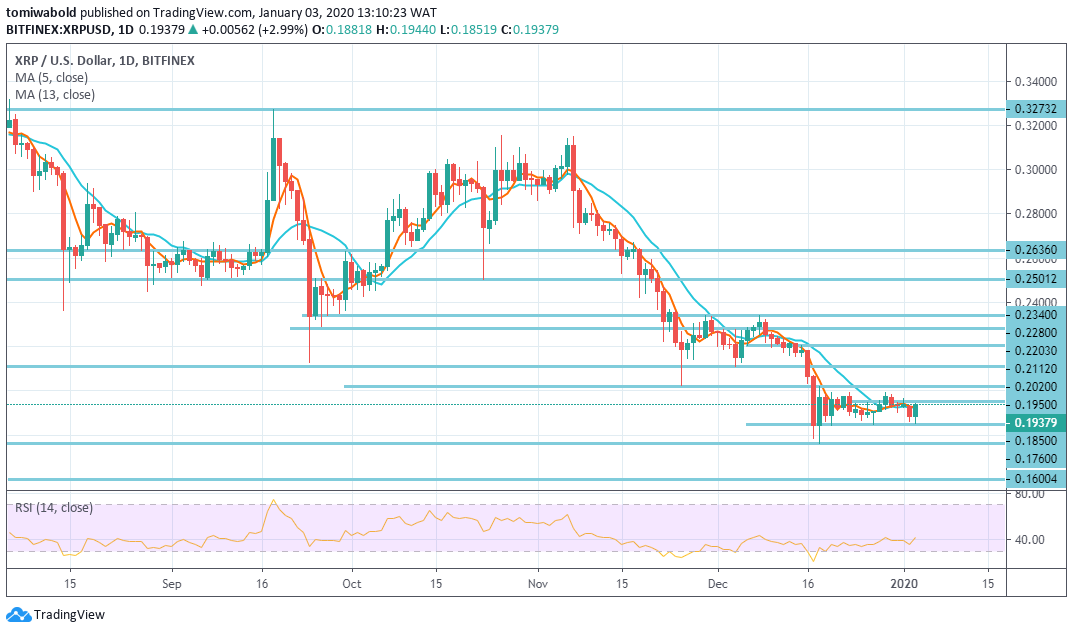 The XRP/USD pair is right now exchanging at the price level of $0.1938 and is following the way of its companions in the Top 3 cryptographic forms of money.

The bullish turn in the wake of losing the support turned resistance level at $0.1950 comes simultaneously similar to the Bitcoin and Ethereum.

Ripple can perhaps acquire Ledger Holdings Inc from FTX at a lower price to help in its XRPL development plan.