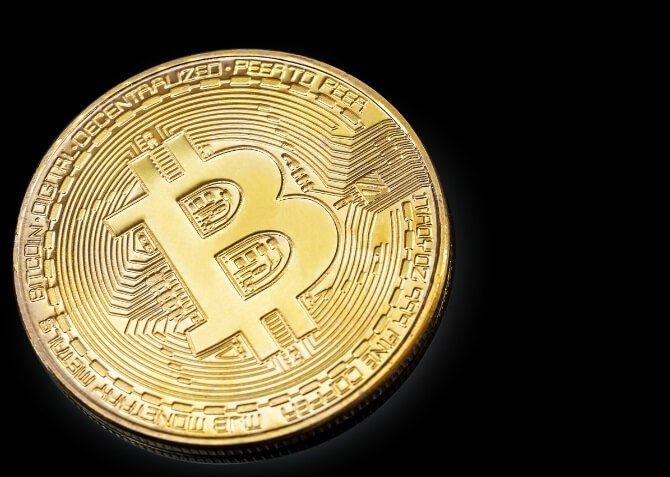 There is just less than a fortnight to go for this year to draw to an end but investors and speculators alike are glued to any kind of Bitcoin news as this crypto giant has showed us time and time again that anything is possible even when you just have two weeks. Just a few weeks ago when Bitcoin was trading at just over $9,000, cryptocurrency backer and former Hedge Fund Manager, Mike Novogratz predicted that the alpha crypto asset was going to end the year at about $15,000. It seemed such a wild speculation to make at the time, but as always Bitcoin never plays by the rules as it went on to surprise both its backers and detractors as in less than 4 days after his prediction Bitcoin broke all records and was trading firmly over the $15,000!

This year for the cryptocurrency industry has been amazing, and for Bitcoin it has been more of a dream-like journey than one that we are living in a real life. Bitcoin users began the year trading it at around $1000 in January, even then Satoshi Nakamoto’s creation had traveled a long way from its early days when Bitcoin prices were less than a dollar and when it was viewed as a geek idea that was never going to fly. Within 2017 alone this virtual currency along with the industry has witnessed a meteoric rise in its value with the cryptocurrency industry and Bitcoins worth to be specific appreciating over 1000% (Bitcoin price is about $19,000 as at the time of writing this).

This year is the year that Bitcoin truly began to ruffle feathers in a big way that saw it lose the ridicule that the present financial banking industry talks of it with, which turned into scathing attacks by the big banking CEOs. As a fully decentralized “people’s currency” Bitcoin and the rest of the cryptocurrency industry is a phenomenon that movers and shakers of the traditional financial industry don’t understand. Bitcoin is not issued or backed by any central bank in the world and as such does not adhere to any regulation as of yet, and experts say any form of regulation that does not come from within the crypto industry itself will be futile as no government has the possible means of tackling the blockchain technology that fuels the industry.

Bitcoin showed serious signs of maturity for the first time as it shrugged off scathing attacks from big banking CEOs from one country to the other. Spearheading that attack was Jamie Dimon, the CEO of JP Morgan in the US who labeled Bitcoin as an outright fraud that was going to sink people’s money without the protection of insurance the present financial industry gives its users.  This attack did make a dent on the price of the digital currency, tumbling a few dozen percents in the few days after the news went viral.

But try as they may, Bitcoin shrugged off the attack and within few days fueled by excessive demand which supply was struggling to cope with, it didn’t only recover its value but went on to break previous records it set trading at over $6000 for the first time in its existence as at that time. There were days that Bitcoin increased in value over 20 percent within 24 hours despite its already massive value, and despite what its naysayers kept peddling about it.

Bitcoin began its journey just over 8 years ago as a recluse new way of making peer-to-peer payments, which offered the security and privacy that was never seen before it. It was quickly grabbed by the notorious dark web markets such as Silk Road and Alphabay, which turned Bitcoin as their choice currency for making drugs purchases as well as a host of other less than kosher activities. To the rest of the society, Bitcoin developed a reputation of being solely a criminal’s currency, which for years hindered and stunted its growth. It and the host of altcoins that came after it were viewed with suspicion and mainly remained underground.

During those times only a few brave (some might say visionary) businesses like Overstock were brave enough to openly adapt Bitcoin as a means of exchange for their goods and services. Credit Cards were the mainstay for business then and it looked like it would remain the same for a long time to come. Suddenly, the world wide payment system began to turn on its head. Bitcoin rapidly began multiplying in its value, which triggered the interest of speculators out to make a quick kill. But this passing interest turned to a more permanent affair, as Bitcoin showed its potential to the whole world. The blockchain technology upon which Bitcoin s built offers the highest kind of security, which meant that it is the first man-made invention that cannot be compromised or sabotaged by any other human once put into play.

This pristine security and incorruptibility of the Bitcoin transaction, coupled with its rapid rise in value, began attracting the attention of businesses that now saw it as a means of making double, triple or even more of the price they are selling their goods or services due to Bitcoin’s volatile nature. As of the time we are talking the biggest names in the tech industry like Microsoft, PayPal have fully adopted Bitcoin as an alternative payment system for their goods and services. Even payment providers such as MasterCard and Visa are trying hard to get a way into what some analysts say will become a multi-trillion dollar industry within a few short years.

Despite the huge explosion of the price of Bitcoin and its viral adoption as a standard means of payment, it has not been a perfect journey without its own internal problems. Bitcoin for very long has been criticized for its hugely capital intensive production process. Mining Bitcoin in 2017 has become an exclusive forte for the big industrial scale miners as it has long stopped being profitable or even economical for small scale miners to undertake the process. As time passes and with the 21 million limit of Bitcoins being approached, mining becomes ever harder requiring an ever increasing computational power to stand any chance of yielding fruit, which in turns translate into adoption of expensive specialized hardware to speed up the mining process.

To cap it all up these specialized mining hardware turned out to be energy guzzling equipment as they end up consuming the energy required to power a standard household for a whole year to mine just a single Bitcoin. Just recently a research was conducted which showed that Bitcoin mining all over the world consumes the total electricity consumed by countries such as Ireland! This is one of the chief reasons a lot of other altcoins were created as it is seen that Bitcoin mining has become a needless energy waste extravaganza which could easily be avoided by the adoption of the proof of stake mining protocol most of the industry has migrated to. And although most of the actual mining of Bitcoin happens in the remote regions of China where energy costs are extremely cheap, it is expected that in the coming year there will be a growing call by environmentalists all over the world for the scrapping of this old and energy wasting mining process for Bitcoin.

As we round up the year as ever, eyes are transfixed on what the next year might bring for Bitcoin and the Cryptocurrency industry as a whole. Speculations are rife on both sides of the isle; with some saying 2018 will be the year Bitcoin brings itself down to earth and crash back to reality, while its backers sound ever bullish predicting an ever increasing rise of the cryptocurrency in both value and acceptance.

The future of Bitcoin remains uncertain as no one can truly and accurately say what will happen to it in the future. Bitcoin as a rule always finds a way of going outside of all what is being predicted about it, but there is one thing that truly concerns Bitcoin users which is if and when the world will reach any kind of consensus on a regulatory framework for the industry. This is something that Bitcoin prices are still not totally immune to, as its only hope being that in the end Bitcoin will still find a way to keep surviving as it has after China cracked down on its Bitcoin exchanges. The increasing adoption of decentralized exchanges coupled with the sheer value the cryptocurrency currently has will ensure that governments around the world will not take any drastic measures that might end up having a ripple effect on the established financial industry as well.

No matter what 2018 might bring, there is no doubt that Bitcoin is now firmly deep into the psyche of  modern life, and come what may, it is here to stay with us and will be going nowhere anytime soon.

Potential of Crypto in Action: Bitcoin User Moved $194M in BTC with $0.1 Fee

For those still skeptical about the abilities of digital currencies to revolutionize a financial realm, the superpower of cryptos has found a vivid proof.

CipherTrace Report: the Total Amount of Cryptos Stolen to Hit $1 Billion by the Year-End

CipherTrace estimated that hackers stole $927 million from the cryptocurrency exchanges during 2018. By the end of the year this number is expected to hit $1 bilion.

The market correction followed the IMF’s report saying that the rapid growth of crypto assets can create new vulnerabilities in the global financial system.

As the supply of Bitcoin is fixed, only 1 percent of the world’s population can have more than 0.28 BTC. In the upcoming years, this scarcity will increase.

New Data: Over Third of BTC Circulating Supply Lost While 22% Held by Speculators

There is a visible end for the Bitcoin’s high-rate price fluctuations as two reputed research firms claim the crypto-market to enter maturity.

Despite a plenty of speculation among the cryptocurrency community members, it is still unknown who is the owner of the mysterious bitcoin wallet.

$45,000 have already been collected for the past three days to find out the identity of the Bitcoin Network creator Satoshi Nakamoto.

Bitcoin declines by over 6% in the last 24-hours while the overall cryptocurrency markets lost over $20 billion.