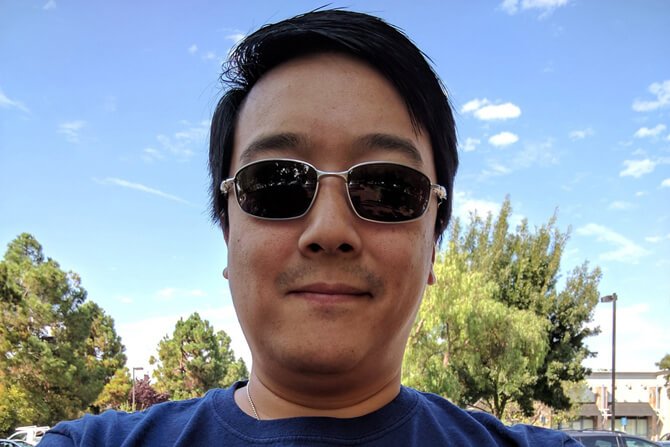 Charlie Lee also known as coblee and creator of one of the famous and widely used crypto-currencies known as Litecoin, was born in the Western part of Africa (Ivory Coast). At the age of thirteen, Charlie and his family relocated to the United States of America. A bachelor and masters degree holder in computer science from the Massachusetts Institute of Technology, Charlie has grown to acquire lots of knowledge over the past few years. He is a software engineer, database administrator and a computer programmer with vast professional expertise of Java, Linux, Python, JavaScript, Sql, Msql, XML, and lots more. He has in the past, worked for a good number of reputable companies including Kana Communications (software engineer), Guidewire Software (Senior Software engineer), Microsoft, and Google Inc; where he worked as a software engineer with a couple of team members in designing and developing the Chrome OS, YouTube mobile, and Play Games. Charlie Lee is an ex-director of engineering at coinbase and currently the director and creator of the second most popular crypto-currency to bitcoin known as Litecoin which he created in October 2011.

A crypto enthusiast, Charlie decided it was high time to create another crypto-currency that would meet the needs and demands of the fin-tech market world after reading an article on Bitcoin in April 2011. This is undoubtedly where the real stuff begins. When Charlie Lee came across Bitcoin in 2011, it was popular in the dark web markets, like Agora Marketplace and Silk Road. During this period, bitcoin was considered an illegal currency used in purchasing illegal products in the black market of course this is nothing anyone would want to that credit for and a bitcoin then was about $30. My guess is its designer (Satoshi Nakamoto), knew this would happen he understood the possible consequences that would befall him after he unleashed his invention to the world. That literally explains why he went missing immediately after its creation and never bordered on taking credit for his wonderful work. Well, Charlie was quite intrigued at the wonders of Bitcoin that he quickly reached out to Mike Hearn, Bitcoin Core developer and bought some coins from him. Soon after that, Charlie found himself researching and mining bitcoin in addition to purchasing some computer accessories off the darknet.

Not quite long after he fell in love with bitcoin that he started making plans on how to create his own blockchain cypto-currency. He made some research and decided to incorporate bitcoin’s features and mechanism into his invention. Litecoins are far less expensive than bitcoins and also works faster than the former. It is quite identical to bitcoins in all ramifications apart from the fact that it is a centralized development crypto-currency dissimilar to bitcoins which require approximately 96% consensus in order to make new changes owing to its decentralized, open voting consensus system.

When asked the reason behind his Litecoin creation, Charlie Lee has this to say: “Silver is a bit inexpensive and lighter than gold, I had this idea running all over my head that people would likely make more use of a silver encrypted currency in their day-to-day business transactions than a gold encrypted currency which they wouldn’t want to spend on a daily bases.” He further beamed that he had noticed the tremendous increase in bitcoin transactions fees, and believes that with litecoin, transactions fees will be relatively cheap and quite affordable to everyone.

To wrap it all up, Charlie Lee recently started advocating for SegWit a block scaling technique that would enable the possibility of using litecoin to taste for changes that are made on bitcoins.

Litecoin creator Charlie Lee clarifies that the Litecoin Foundation has nothing to do with the fake news of Walmart integration spread on Monday.

LTCN shares are trading 20 times lower in comparison to the LTC holdings per share by Grayscale. Thus, it’s 20 times more expensive to buy Litecoin via Grayscale than directly through the spot exchange.

According to the description on Apple iTunes, the movie from Litecoin sets three friends off on a road trip to a heavy metal gig that ultimately sees them involved in scary shenanigans involving satanic killers.

Elon Musk has been trolling the crypto community many times already. Now he says that Dogecoin is the best cryptocurrency.

eToro’s Mati Greenspan is one of those “go-to” guys when it comes to investment analysis. So when he says something, it is always worth noting it for purposes of clarity and direction.

INX Limited, a crypto exchange startup is in plans to raise $129,5 million through an IPO. And it has already reportedly filed a draft F-1 with the SEC.

There is an interesting claim made by Mr. Caan concerning the status of Satoshi Nakamoto’s 980,000 Bitcoin fortune. According to Mr. Caan, his private keys were lost when he handed his laptop into an electronics shop for repairs. When the laptop came back, all of Satoshi’s BTC were gone.

Shaikho, who is a new “real” Satoshi Nakamoto, says his idea was a “people’s bank with no boundaries, no nationalities, and no discrimination.”

Second Litecoin halving ended with 75 % of Litecoin mined and the price of the Litecoin at $99.6. Even though Litecoin previously fell out of #4 market cap spot, it came back with the growth of the huge 14.63 percent.

Litecoin Halving Will Occur on Monday: How Will It Affect LTC Price?

Charlie Lee, the founder of Litecoin, turned to his Twitter audience to announce that in a couple of days LTC halving is to be performed.

US Inflation Slid Below Expectation as Bullish Sentiment Engulfs Market